Are Gas Prices Going to Decide Your Spring Break Destination? 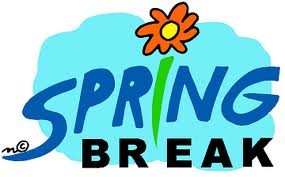 High gas prices are taking a toll on everyone's budget these days, and with spring break just around the corner high gas prices mean students may have to choose alternative destinations.

Prices are up fifty-five cents a gallon, compared to last February according to AAA.

This means some students that students are choosing to limit their spring break trips to destinations closer to Columbia.

Andrew Gruber said  the rise in prices at the pumps derailed his plans.

"I was gonna go down to Panama City, and then down to Miami with a bunch of friends.  It was a really exciting trip,"he said.

As prices continued to soar Gruber realized a Florida trip was beyond his budget.

"It was just ridiculous to spend $100 for a trip…and I just didn't have that much money to spend," Gruber said.

The rise in price was caused by unrest in the Middle East, even though crude oil prices are down.

USA TODAY predicts prices to top four dollars a gallon in the next year.

Even though Gruber's original trip fell through he was able to find a new location.

"We're going to Myrtle Beach. It's closer…so less driving and less money spent on gas. I'm still looking forward to it, but I wish I could've gone to Florida," Gruber said.