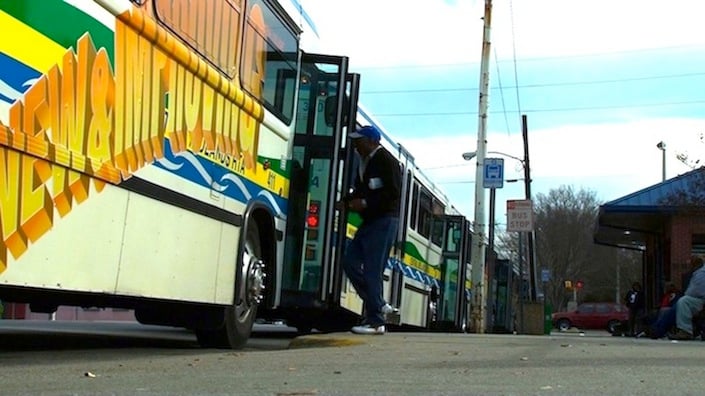 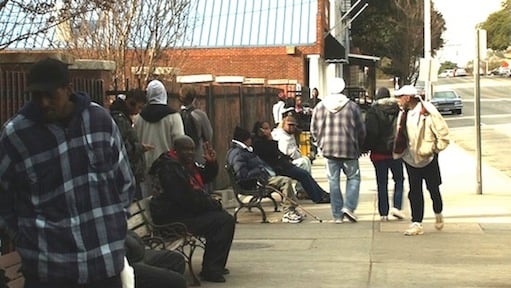 Riders wait for buses at Sumter St. Transit Station for a city bus.

"Really, I go see my mom, she just got out of the hospital, but today I'm going to work," Baxter said.

If Landtwin could not depend on the buses to get around he'd be in trouble.

Having no city bus service is a real concern for Landtwin.  The Central Midlands Regional Transit Authority will run out of cash later this year if local governments, that fund the service, don't come up with more money.

The Columbia city council has wrestled for years trying to find a solution to the problem, and the council thinks it has found a way to pay for Columbia's share of the cash shortage problem.

A franchise fee is a surcharge local governments charge utility companies for the rights to run power lines through the city.  Utility companies pass that charge directly on to their customers.

If you live in Columbia, your electric bill will go up two percent to help fund the city's buses.

"Everyone is paying into this system," Columbia Mayor Steve Benjamin said Tuesday. "This is the city stepping up like it never has before."

But not everyone thinks Columbia's solution is fair.

Kyle Greenway is a USC student and an SCE&G customer who does not believe everyone will actually pay into the system.

"If we're talking about the homeless, the people who ride the bus who don't have to pay for this two percent increase because they don't have a power bill," Greenway said. "These are also the same people who ask me for change just to get on the bus."

He also does not think it is fair for the city to assume he can afford to pay the increase.

"It's hard not to feel sympathy [for bus riders], but enough's enough eventually," Greenway said. "I can only pay so much, I'm not a billionaire."

Landtwin does think the city's solution is fair, however.

"Even though not everyone rides the buses, there's a lot of people who do, who got to go to work," he said.

The city's increased contribution alone will not be enough to keep the bus service operating.   The increase will generate $3.6 million dollars for the service, and, so far, it is the only solution any local government has offered.

A proposed Richland County sales tax increase that would have, in part, gone to pay for the service was voted down last year.  The Richland County Council promised $1.7 million to the city's bus system this year, but it did not guarantee a renewal of those funds next year.