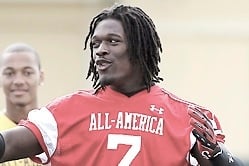 It's Finally Official: Clowney Will Be a Gamecock 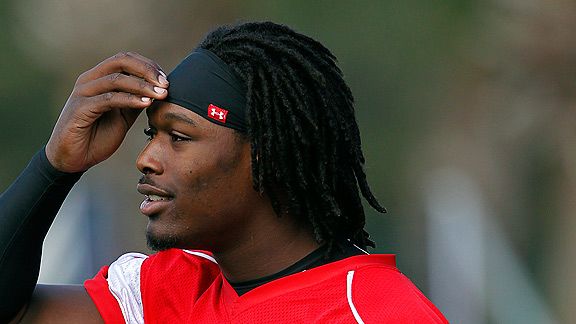 Jadeveon Clowney will head to Columbia to play for the Gamecocks this fall.

Clowney, who many believe is the nation's football high school player, finally revealed his college choice by signing his letter of intent live on ESPN at 10:25 Monday morning

The 6-foot-6, 255 pound defensive end from South Pointe High School was among the most publicized players in the nation.  He delayed making his choice known until his birthday Monday.

With Clowney's speed, size, strength and flexibility, ESPN analysts believe he is the most talented prospect to enter the college ranks since Adrian Peterson.  Peterson was a highly touted running back from Oklahoma who set an NFL record his rookie year for the most rushing yards in a game with 296.

Clowney had narrowed his choices to South Carolina, Clemson and Alabama.  He said his main reason for choosing USC was he wanted to stay close to home.  He will join his fellow Rock Hill natives the Dixon brothers in the Gamecock defensive lineup in the fall.

The addition of Clowney caps off a giant year for Steve Spurrier and the Gamecocks.  They finally won the SEC East last season, something they've never done before.  ESPN ranked the Gamecocks as having 15th best recruiting class in the nation this year.