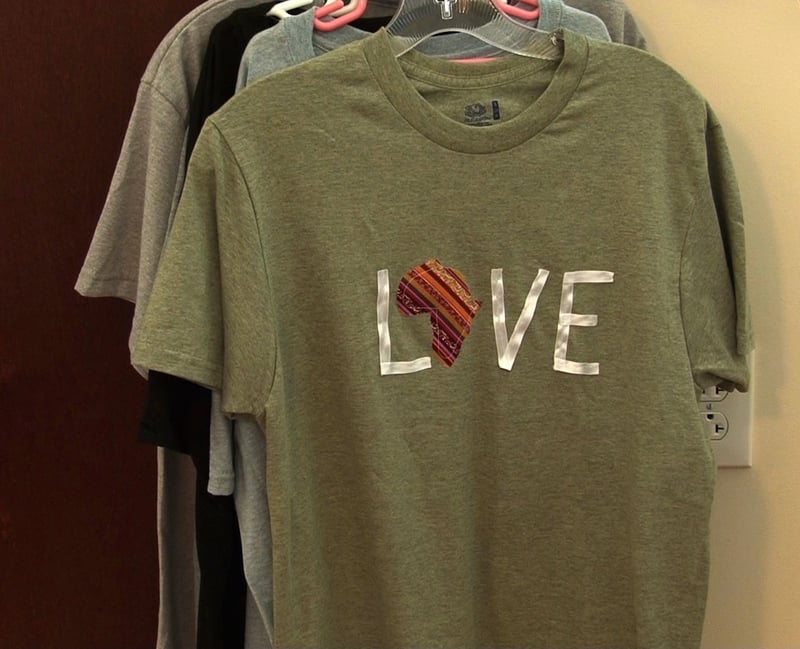 Woodell hand sews and sells these shirts in hopes to start her Clothed in Hope non-profit.

Amy Woodell, a fashion merchandising student at USC, is making t-shirts to raise money for Africa.  She started sewing and selling the shirts after she met poverty-stricken women and their children in the country of Zambia during her visit there in 2010.

"I came back and everything was different. You have no idea what the rest of the world is seeing or living," Woodell said.

Woodell hopes to start a non-profit organization called "Clothed in Hope" and open a vocational school to teach widows how to sew and be self-sufficient.

"I just want these women to see that they're something to be treasured and that there is more hope than they are experiencing now," said Woodell.

Woodell's goal is help the women and their children escape the poverty they are living in.

T-shirts can be bought online from Woodell's Etsy page for $15 dollars.