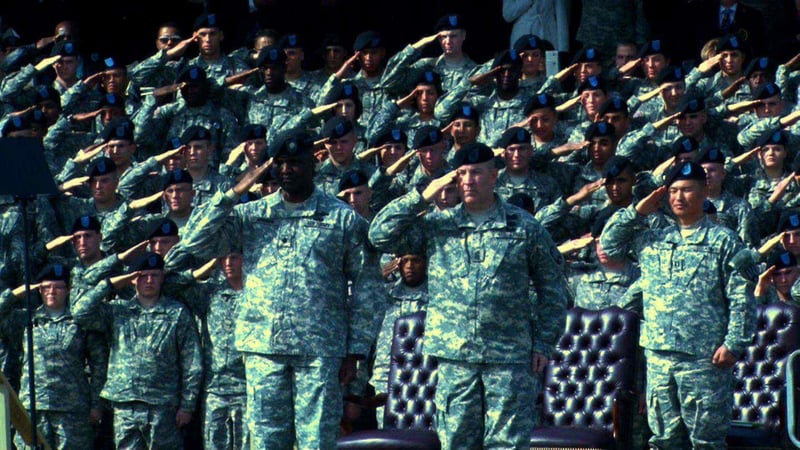 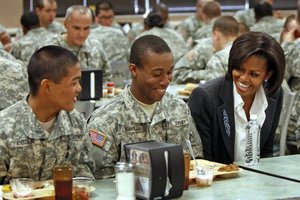 First Lady got a chance to visit with soldiers at Fort Jackson before her speech to troops at graduation.

Her speech emphasized the importance of living a healthy lifestyle and commended the work the army had been doing.

"Through the new fueling the soldier initiative here at Fort Jackson, you learned how to make better choices about what you eat during mess hall," the First Lady said.

The fueling the soldier program at Fort Jackson encourages soldiers to eat healthier at meal times and to choose high energy foods that are fresh and flavorful.  Mrs. Obama toured the dining facilities and was briefed on what the army was doing to keep soldiers healthy.

Fueling the soldier ties in with the First Lady's Let's Move program which helps to fight childhood obesity.  The growing numbers of obese children is seen to have become a potential national security issue.

Studies are showing just one in four young Americans as physically and mentally fit to join the armed forces.

Those who attended the ceremony were please with the First Lady's speech and agree with the importance of living a healthy lifestyle.

"I think it's important to eat healthy because if you eat healthy, you think healthy, it's a positive thing, and it's real," said Retired First Sergeant Anderson Love.

The visit was the first time the First Lady had been to South Carolina since 2008, when her husband was campaigning for the presidential primaries. Mrs. Obama has family ties to Georgetown County, S.C.