How to Avoid Holiday Scams - DatelineCarolina

Watch Out for Holiday Scams 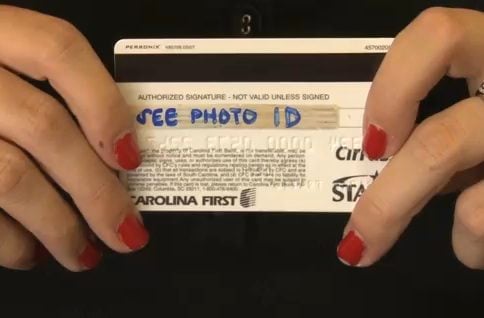 One way to keep your credit card information safe is to write 'See Photo ID' on the back of your card.

The holiday season is always full of shoppers spending money on presents.  But the Christmas season is also full of those who want to steal your money.  Scams are present all year 'round, but they seem to pop up more often during the holidays.

"At Christmastime, other times of the year too, but especially at Christmastime, people get so busy that they can be taken advantage of and realize after the fact that we've been scammed," said Jim Camp of the Better Business Bureau.

Scarlett Knight almost became a victim of a holiday scam a few weeks ago.

Credit card scams, fake charities, and fake vendors on the Internet are some of the most common holiday scams.  Richland County Sheriff's Department's Steven Tapler says it's simple to keep yourself safe from these scams.

"There's always new ways for people to try and take advantage of you," Tapler says, "but the important thing is to always be aware of your surroundings, be careful, and know who you're doing business with."

Other advice Tapler gives is:

Scarlett Knight is fortunate because she had fraud protection on her card, but if she didn't, she would have been a victim of a holiday scam.

Knight, as well as Jim Camp from the Better Business Bureau, and Tapler from the Richland County Sheriff's Department all say to be careful and make sure you're protected, because a scam could happen to anyone.