Roller Derby Has a Small Advantage 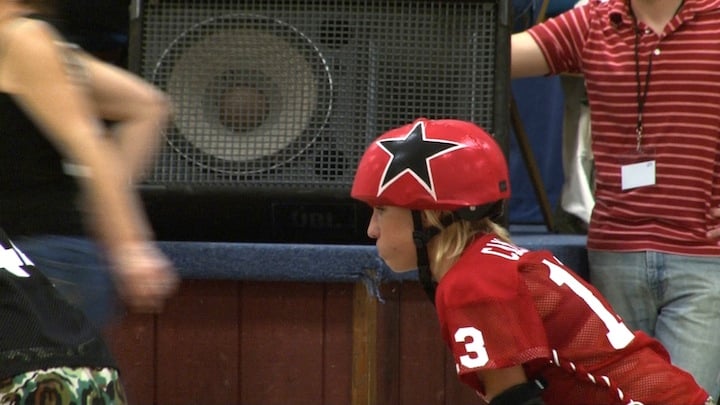 The recent film Whip It portrays a girl of small stature that joins a women's roller derby team.  USC student Katie Corbett can relate to that role.  She is the smallest player on her Columbia roller derby team.

The 4'9" graduate student plays the jammer position for the Columbia Quadsquad, one of two roller derby teams in the Midlands.

"Being small definitely has its advantages and disadvantages, but it's just like anything else," Corbett said.  "You have to adapt your particular skill set and make it work for you."

The jammer's job is to score as many points by circling the track and passing opposing players while they try to block her.  Roller derby is a contact sport so Corbett uses her height, or lack of it, to get through a crowd untouched.

"I try to stay low and avoid getting blasted because that's no joke," Corbett said.

Corbett says that while the sport is not mainstream, it is indeed growing in popularity.