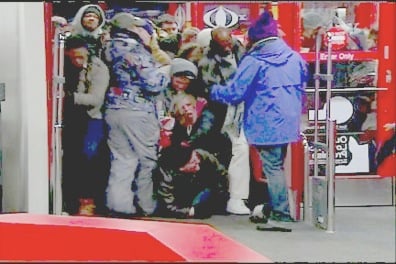 Target shoppers trample each other as the doors opened Friday Morning.

More and more stores are trying to change the landscape of holiday shopping by moving their holiday gift specials to the web.  The traditional day after Thanksgiving Black Friday is now sharing shoppers with the Cyber Monday. That's the day the big Internet sales are now being offered.

The National Retail Federation says a record 107 million people shopped online this Cyber Monday.   That, the Federation reports, is an increase of 10 million over last year.

"Retailers are looking at the risk of having 300 customers lined up at their door, charging into that store," said Richard Clodfelter, a retailing professor at USC.  "You know, last year there was even a death that occurred at one of the stores, so its certainly a much safer alternative."

Cyber Monday has only been around for five years and Clodfelter says it's popularity is still growing.