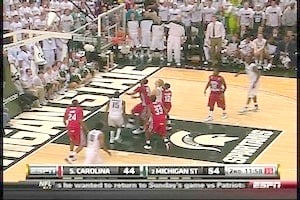 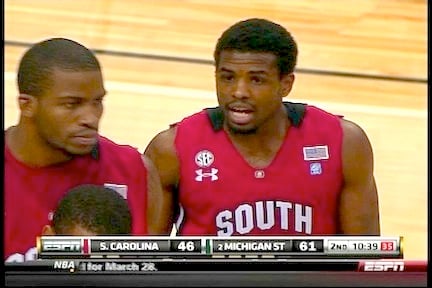 Gamecock basketball season is back in swing starting out with a strong game against the second ranked Michigan State, but there is one thing about this year's team some fans are not happy about.

It's not about the players or the coaches or the schedule. Most fans are actually upset about the color of the team's jerseys.  They say the new uniforms appear to be red instead of garnet.

"Maybe it was just my TV but they seemed very red to me," said one fan on the USC fan site.

"I love the design but compared to the garnet on the football jerseys the basketball team seemed to be wearing apple red," posted another fan.

Under Armour supplies athletic gear to all USC teams, but the official garnet color was not an option for this year's new basketball uniforms.   The concern now is that the new red will be applied to all Gamecock uniforms by next year.

Under Armour says that won't happen.

"The standard color for Gamecock jerseys next season will be different than the basketball uniforms," a company statement said.

For now, fans will just have to deal with the new jersey colors. Hopefully by next season the uniforms will be back to the normal garnet.