Up Late to Celebrate - DatelineCarolina 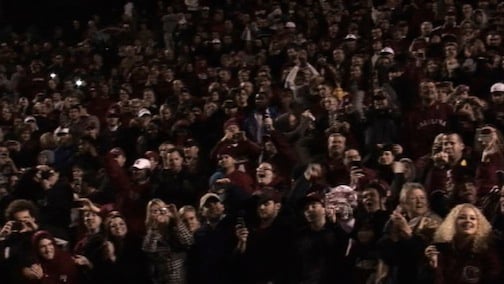 Gamecocks and Fans Up Late to Celebrate 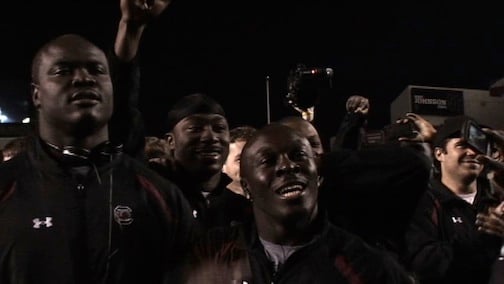 USC football players were all smiles after the historic win over Florida on Saturday. 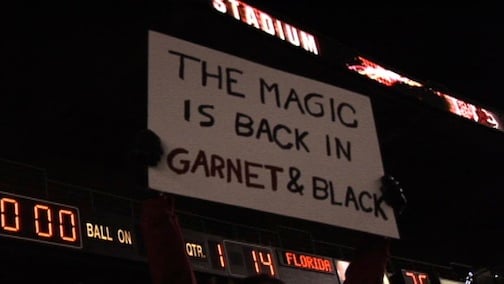 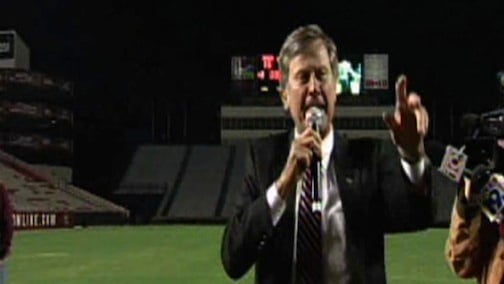 Coach Steve Spurrier thanks the crowd for their support.

Shortly after USC defeated Florida, it was announced that the Gamecocks would arrive at Williams-Brice Stadium at 1:00 a.m. and fans were welcome to come share in the celebration.

The team didn't get to the stadium until after 2:00 a.m., but fans didn't mind waiting despite the cold temperatures.

Coach Steve Spurrier and the boys beamed as they entered the stadium to the cheers of Gamecock fans.

"Anytime you can see your home school do the things that we did today and on top of winning the national championship in baseball… that's outstanding," said one excited Carolina fan.

Gamecock fans will take this excitement to Atlanta for the SEC Showdown on Dec. 4.