Becoming a Professional Athlete is Tougher Than Most Think - DatelineCarolina

Becoming a Professional Athlete is Tougher Than Most Think 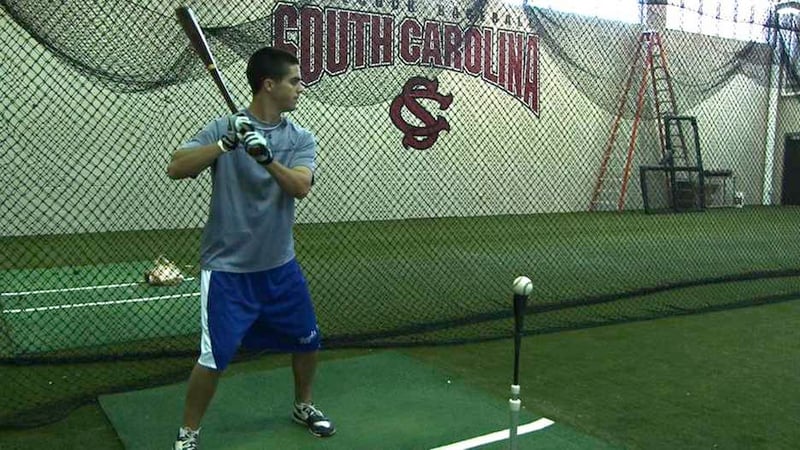 Every year in the month of June the Major League Baseball draft selects over a thousand high school and college baseball players to begin their professional careers. Being selected to a professional organization is just the beginning for some players.  The draft, however, doesn't insure professional success.

Whit Merrifield hit the walk off single that gave the South Carolina Gamecocks the College World Series title.  It also created a question in the South Carolina outfielder's mind. Would he stay at the university and play one more year, or would he sign a professional contract?

"I was drafted in the ninth round by the Kansas City Royals and I actually didn't find out until my dad came and told me, I was at practice and he came wearing a Kansas City hat so I figured I had been drafted by them, and everyone gave me a high five and I went back to practice," said Merrifield.

The Major League Baseball draft runs for 50 rounds with more than 25 players selected in each round. That may seem like a lot of athletes have a chance to be drafted, but its not. Last season there were 22 eligible players at USC but only seven were drafted.

"With Kansas City there's four rookie level teams, a low A, a high A, double A, and triple A, I was fortunate enough to skip all the rookie levels and go straight to low A," says Merrifield. "The point is to move up a level a year, so hopefully next year I'll be in high A until I get to the big leagues."

But with the chances so slim to play in the big leagues, some players like Merrifield come back to school in the fall to continue working towards their degree.

Merrifield says most come to college to get a degree, and then a job, but right now he's just working on his childhood dream.

"When I wake everyday and go to my job it's playing baseball and that's not something a lot of people can say so I'm going to cherish it everyday I can," says Merrifield. "I'm happy to be where I am, and hopefully I'll continue moving up, but for now all I can do is go out and play."

Playing the game is what he loves. With the word "hit" in his first name, that's exactly what he wants to continue doing, keep hitting the ball all the way to majors.