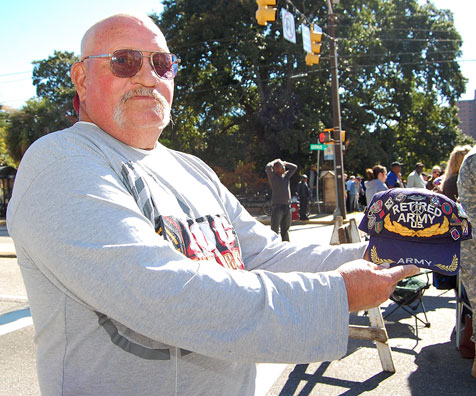 Vernon Ray Mullins, a retired Army sergeant attends the parade in honor of those he served with.

Veterans Day is a very personal day for Crystal Brown, who sat on a Sumter Street curb with her son Thursday waiting for Columbia's 32nd annual Veterans Day Parade.

When the lines of uniformed men and women passed, she smiled and held up her toddler's hand to wave.

"My husband is a solider stationed at Fort Jackson, so it hits a little closer to home and puts it into perspective," she said.

Veterans Day is very personal to her, she said.

"It's not just veterans from World War II or Vietnam, it's people we care about and love and respect and appreciate so much," Brown said.

People watched, smiled and cheered from both sides of the street as floats, children, soldiers, bagpipes and bands marched by. The parade started at the corner of Elmwood and Sumter Street and continued about a mile to Gervais Street.

Vernon Ray Mullins, a retired Army sergeant, wearing a baseball cap weighed down with medals and pins, said Veterans Day is an opportunity to pay his respects to the ones he fought alongside.

"I'm a veteran, so it means I'm alive. There are a lot of guys I know that aren't, and it's my way of staying in touch with them and saying ‘I miss ya,'" he said.

Rhonda Filiatreault, whose husband fought in Vietnam, spends Veterans Day with her family each year.

Dawn Moureaux and her husband, Craig, said the day is special because both of their parents fought in World War II.

"We have to thank these vets for all of our freedoms, it means a lot," she said.

Janet Clamp, who lives in Columbia and said she watches the parade every year, said the crowd might look diverse, but it's not.

"Everyone here has had a parent or grandparent that was in a war, and they gave their lives so we could be here," Clamp said.

"It's kind of like a box of crayons – when we're all together we can make something beautiful," she said.

Students Speak Out Against Carolina Productions 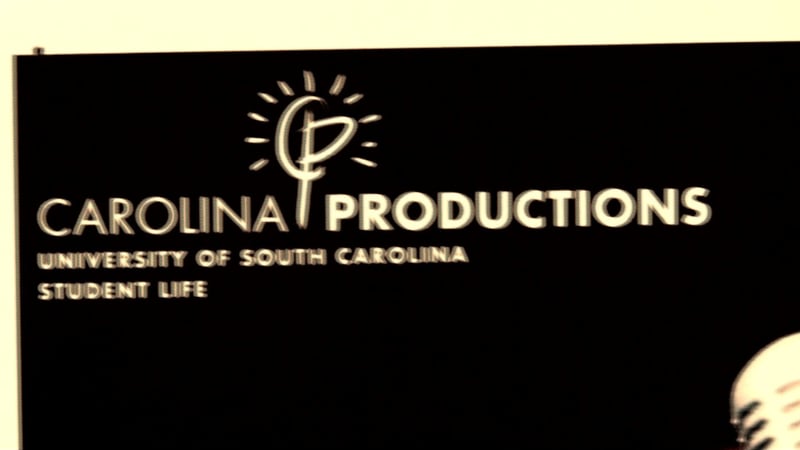 Students on campus are not happy with the money Carolina Productions just received from the Student Government.  Especially, with some of the previous guests the organization decided to pay for without student consent on campus More>>