Step Into A Fairy Tale at the Edventure Children's Museum - DatelineCarolina

Step Into A Fairy Tale at the Edventure Children's Museum 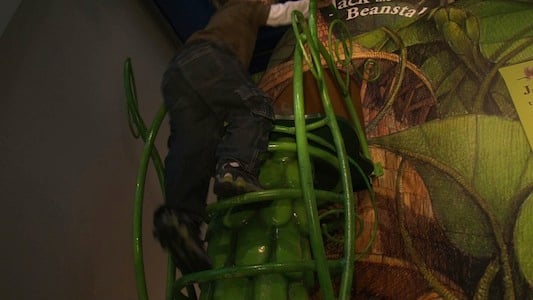 A new exhibit at Columbia's Edventure Children's Museum is bringing fairy tales to life for parents and children.  Once Upon A Time is a traveling exhibit from the St. Louis Children's Museum.

The attraction features eight fairytales from around the world that show children the cultural significance of fairy tales, but Edventure also has another purpose for bringing the exhibit to Columbia.

The exhibit brings the stories to life for visitors with life-size, interactive displays that let children literally step into the story.

"My daughter loves the exhibit," said Erin Harrelson. "She's into the princesses so she could pretty much live over at Cinderella's carriage and sweep the hearth and all of that, that's kind of her favorite story."

Visitors say the exhibit is not only fun for kids but also moms, dads, and grandparents.  It allows them to relive the magic of fairy tales they loved themselves as children.

The exhibit will run through January 3, 2011 and will also feature local authors and storytellers from North and South Carolina.  They will be part of a story festival in December to bring live storytelling to children visiting the museum.