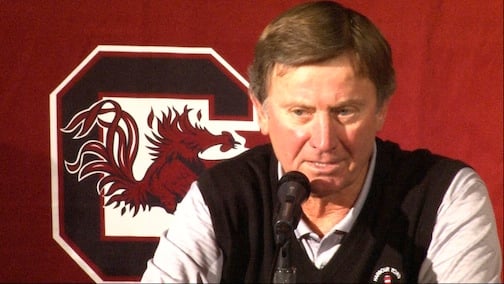 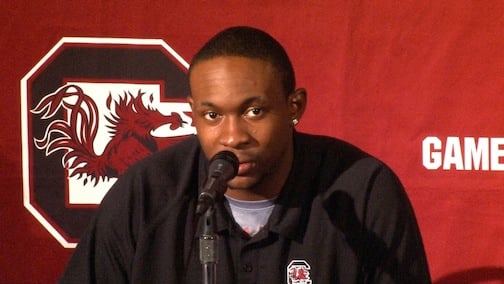 Sophomore Alshon Jeffery broke 1,000 yards in the game against Arkansas.

Although they are only in their first and second years at South Carolina, Marcus Lattimore and Alshon Jeffery are already close to setting new records Gamecocks football records.

The pair are close to becoming the first ever pair of Gamecocks to accumulate over 1,000 yards both on the ground and through the air in the same season.

Alshon may be the model for consistency, but its Lattimore who's raising eyebrows this season. The freshman running back needs just 278 yards to hit 1,000 for the year.

"He's an outstanding back that has natural vision", says head coach Steve Spurrier. "He makes cuts that he doesn't think about before he does it. That's what the great ones have the ability to do. There's small holes and it seems like he's coming out the other side like the other day."

Only three Gamecocks have rushed for 1,000 yards since the departure of Heisman tailback George Rogers in 1980. Harold Green, Duce Staley, and Derek "Squeaky" Watson have done it since.

Jeffery notched his first career 1,000 yards receiving season at the Arkansas game. At this point, hardly anything the sophomore does surprises his coaches and teammates.

The Gamecocks will try and prove themselves this weekend when they play for the SEC East title at Florida.