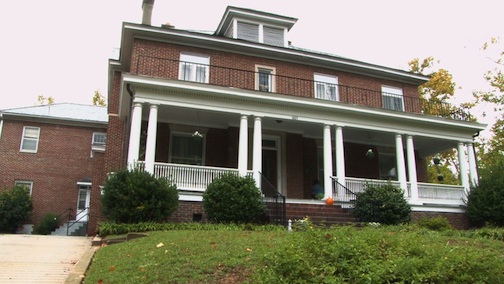 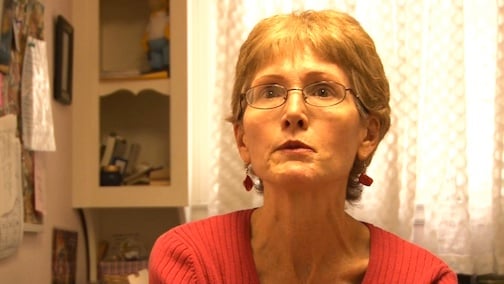 Becky Roberts assists the women at the house. 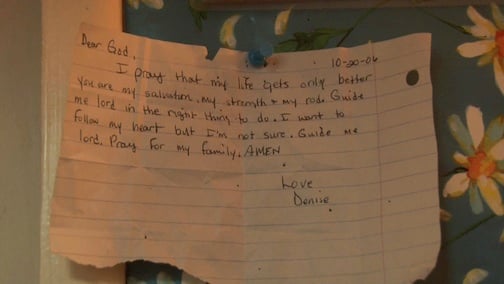 A note by one of the residents saying "Guide me Lord in the right thing to do."

Columbia's Killingsworth House has served as a transitional house for women who need help with an addiction since 1972. The people who run the shelter say the number of women seeking help is growing.

Each woman is required to be employed during her stay, as they are given just two weeks to find a job.  How long they stay at the house depends on how long it takes them to change themselves. Some women will only take two weeks to get back on their feet, while others may take months if not years. All, however, come out stronger with life lessons.

Administrative Assistant, Becky Roberts, was a resident at the house over 20 years ago when she, herself, was battling alcoholism. She has been working at the house for over five years, helping one woman at a time.

"The underlying reason women come here is an inability to cope, and that means cope with difficulties, alarming crises, changes in the family dynamics that become a crisis, and alcohol and addiction play right into that", says Roberts.

The house, built in 1947,  has 19 beds, with two to three women per room in the eight bedroom house.

"We've had a higher turnover and more phone calls," says Roberts. "Since June of 2008 was when I noticed it changing. We used to serve between 45 and 50 women per year, but I'm sure if I looked at the numbers now, it'd probably be between maybe 65 and 75."

One woman, who asked to remain anonymous, has been a resident at Killingsworth since April. She came to the house knowing that she needed help.

"In a sense, Killingsworth saved my life because I didn't have to go back to a place where I knew nine times out of ten I would use again, so I'm truly grateful for Killingsworth and the staff here."

Another woman has been at the house for only four days. She entered a twelve step fellowship five years ago and relapsed close to her third year.

"I've been a poly-substance abuser most of my life", she said. "I never really had a particular drug of choice, it always changed depending on my geographical location."

"For me, I have to remind myself to walk by faith and not by fear", said one Killingsworth resident who wanted to remain anonymous. "I know once I leave outside these doors, I'm gonna be OK."

Killingsworth is affiliated with the United Methodist Church which provides some money for the house' operations.  Other donations come from individuals, other church groups, community based organizations and memorial gifts.