The view from the Democrats: From soaring hope to crushing disap - DatelineCarolina

The view from the Democrats: From soaring hope to crushing disappointment 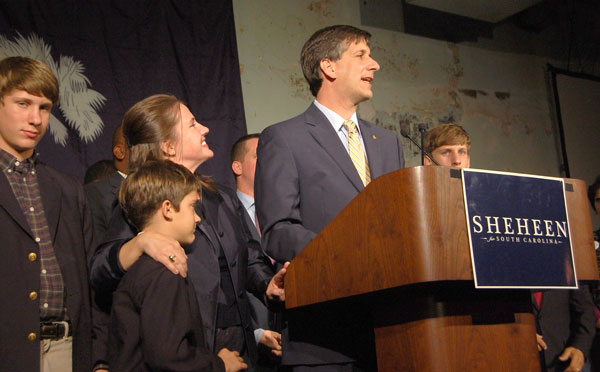 Sheheen addresses his guests and thanks them for their support. "I have no regrets," he said. 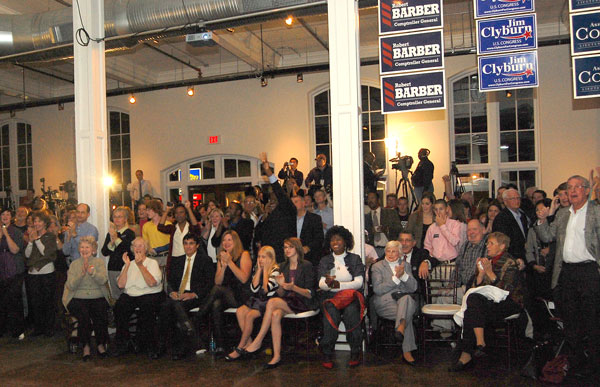 The crowd erupts in cheers as positive results filter in early in the evening.

The view from the Democrats: From soaring hope to crushing disappointment

Cheers and applause erupted each time the numbers flashed on the TV screen with Democrat Vincent Sheheen on top of South Carolina's race for governor.

And for much of the night, there was optimism Sheheen would beat Republican Nikki Haley for governor.

"Born in the USA" blared over the speaker. Little girls in pink "Sheheen" shirts danced. An undeniable energy permeated the hall as Sheehan supporters trickled into the brick building at 701 Whaley Street.

Whispers of Sheheen's loss flickered throughout the room, that the Associated Press, which also supplied the results flashing by on TV screens, was now saying Haley was the state's next governor. By the time it was official, most people had turned their backs on the screens to talk among themselves.

Sheheen, who watched the report from home with his family, walked into the hall with his head held high around 11:15 p.m. Even before he arrived, people had begun leaving.

The crowd welcomed him with thunderous applause. He remained composed while thanking his supporters.

"I know that just like me, you wished with all your might that we could take this state in a new direction," he said.

Behind him stood his campaign team, his wife and his children.

"At the end of day I can honestly say we fought the good fight, we completed the race, we kept the faith," he said.