Gamecocks Prove They Can Finish The Second Half - DatelineCarolina

Arkansas Won't be as Easy as Tennessee 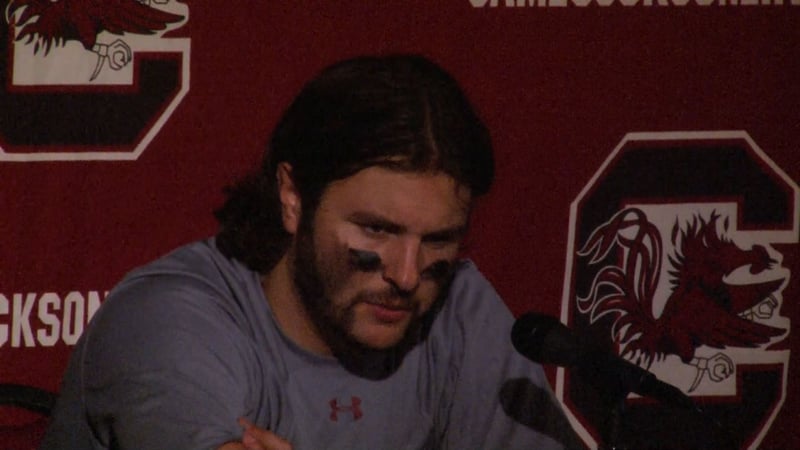 Quarterback Stephen Garcia told the media the Gamecocks would have to play better against Arkansas if they wanted to win their division.

The Gamecocks had a tough battle against Tennessee in Williams-Brice Stadium on Saturday, but South Carolina proved it was tough enough to pull out the win 38-24 over the Volunteers.

Freshman running back Marcus Lattimore had a career high 184-yards and got his 11th rushing touchdown in his first game since injuring his ankle in the Kentucky game two weeks ago.

Alshon Jeffrey also had a huge part in the win for the Gamecocks.  The game was tied at 24-all when Jeffrey caught a routine pass in the middle and ran past several Tennessee defenders for a touchdown.  South Carolina grabbed momentum and Tennessee didn't score again.

Head Coach Steve Spurrier said Alshon Jeffrey proved he had some speed along with those magic hands that seem to catch the ball whenever it is thrown Jeffrey's way.

"He doesn't look like he's fast, but no one seems to catch him from behind," Spurrier said.

Quarterback, Stephen Garcia, admitted the boys played well, however they would have to play better than they did against Tennessee if they expected to beat Arkansas.

"It looked like they blitzed a little more than we thought," said Garcia.  "We thought they were going to play a little more man coverage like they had been all year.  We played well enough to win, but we can't play like that against Arkansas."

This win makes South Carolina the only team in the South Eastern Conference with only two losses and it could take it's first ever trip to the SEC championship game with wins over Arkansas and Florida.

Coach Spurrier said the team is now bowl eligible and that is always something to be proud of.  He recognized the significance of the team's win on Saturday; however he agreed with Garcia that the Gamecocks need to step up their game this coming Saturday against Arkansas.

"We're fortunate to get the win," said Spurrier.  "We'll try and learn from it and get ready for Arkansas next week."

If the Gamecocks beat the Arkansas Razorbacks on Saturday and then Florida the following weekend they could represent the SEC Eastern division for the bowl game at the Georgia dome.