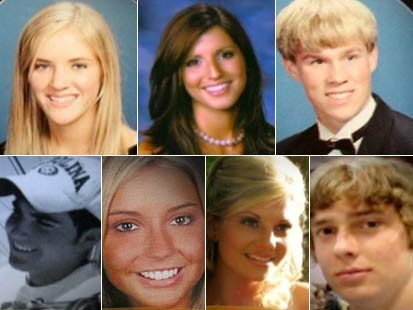 October 28 marked the 3-year anniversary of the Ocean Isle Fire that claimed the lives of six USC students and one Clemson student.

"A lot of why this was a such a horrible event was because of who these guys were.  These weren't just your generic followers in the fraternity.  Each one of these guys were a leader," said Goer.

Three women from the Delta Delta Delta sorority, Cassidy Pendley, Lauren Mahon, and Allison Walden, as well as Emily Yelton, a Clemson student also lost their lives in the fire.  These students were remembered at the candlelight vigil in the Greek Village as well.

Sigma Alpha Epsilon brothers say their recruitment has not been affected by the tragedy, but rather, it has influenced men to join the fraternity.

"The last time I talked to Justin he was at a football game and he was telling me 'I can't wait for you to be down here next year.  You can stay with me anytime you want,' and like I said they were role models and they did have a big influence on my wanting to join SAE," freshman Burns Pierce Wylie said.

Sigma Alpha Epsilon fraternity brothers say they will continue to pass the legacy of Justin, Travis, and Will from one pledge class to the next.

To learn more about each of the seven students who died in the fire, you can visit the USC "Carolina Remembers" page.