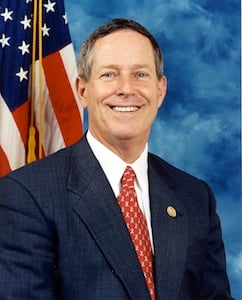 Congressman Joe Wilson has seen his double-digit lead in the polls shrink but he still leads challenger Rob Miller.

The 2010 general election is tomorrow, and the South Carolina's Second District congressional race is still very close.  Republican incumbent Joe Wilson is being challenged by Democrat Rob Miller.  They ran against each other in 2008.

Joe Wilson's "You lie" outburst during President Obama's speech in 2009 drew international attention.  It also has lead to Republicans and Democrats put a combined $7.3 million into this year's campaigns.

"It's a ridiculously expensive campaign for a congressional seat, uh, it's hard to think of another that has generated that much money," said USC's Dean of the College of Mass Communication and Information Science Charles Bierbauer.  "I wouldn't say enthusiasm but willingness of people to pour money into a congressional race."

This race is the most financed campaign in South Carolina's history, and is now classified as the most expensive U.S. house race in the country.

Who is benefiting most from Joe Wilson's "you lie" comment?

"At first, the Miller campaign benefited from an in flow of campaign donation. But on balance, in that span of a year, Wilson has taken in more money than did Miller," said Bierbauer.

Both candidates seem to be using their money for negative campaign ads.

Voter polls show Wilson's lead dropped from 15 points in May, to 10 points in September, and then seven points in October.

The most recent polls are based on phone interviews of 500 likely voters from early October and it has a 4.4 percent plus or minus margin of error.