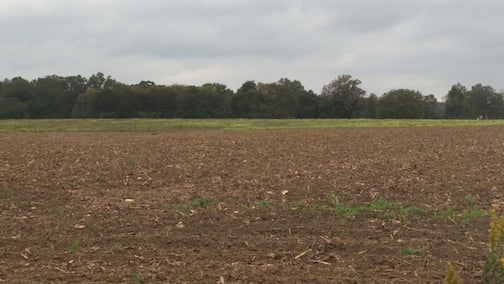 State regulators identified chicken manure spread on a farm off Beckham Swamp Road as the source of the stench.

The smell covered the USC campus and students had lots of thoughts on where it came from.

"First I thought it was me because the water bill was kind of high last month so I've been skipping out on the showers lately," said USC Rodney Gray.

Dumpsters, dog poop, and sewers were among other guesses.

As it turns out, the culprit was actually chicken manure fertilizer spread on a farm off Beckham Swamp Road south of the campus.

"That is the nastiest chicken poop I've ever smelled in my life," said USC student Will Waninger.

The smell first permeated downtown on Tuesday with reports coming from the Vista, Five Points and Rosewood. By Wednesday morning, people in Forest Acres, North Main and Two Notch Road caught wind of it. Most reports were the smell had disappeared by Wednesday afternoon.

South Carolina Department of Health and Environmental Control employees had begun driving around, looking for the source.

He noted the manure application was not near residential property or drinking wells, so there is no public-health threat.