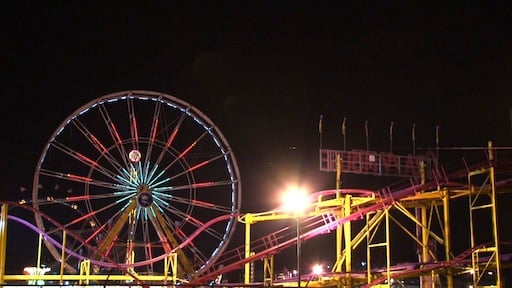 The Ferris Wheel and the Crazy Mouse are two of the most popular rides at the fair.

Sunday night marked the finale of the two-week long South Carolina State Fair, and employees are packing up the attractions. General Manager Nancy Smith says that attendance improved by almost 28,000 people this year.

"We had a really good run this year. We ended up with a little over 437,000 people at the fair this year," says Smith.

There were several contributing factors to the great turnout, including twelve days of sunny weather. Last year, it rained on four days of the fair. The fair also sold out two Grand Stand concerts. But perhaps the biggest factor was not having to compete with football. The Gamecocks had away games for both weekends of the fair.

The South Carolina State Fair employees are hoping for an even bigger crowd next year.