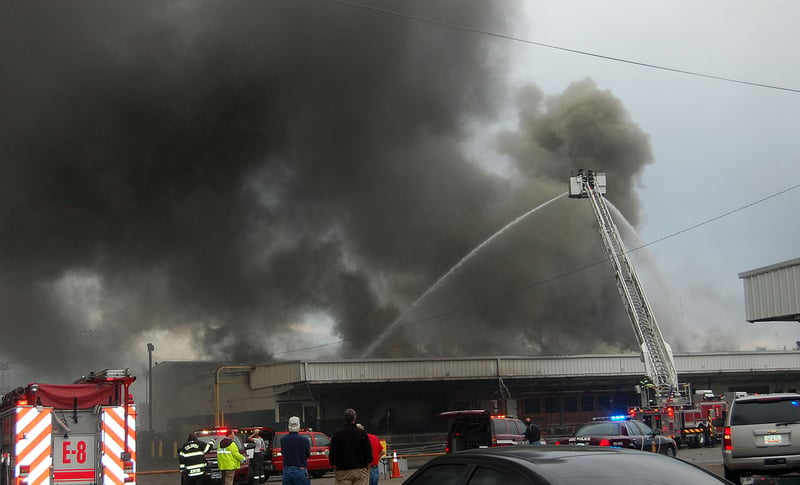 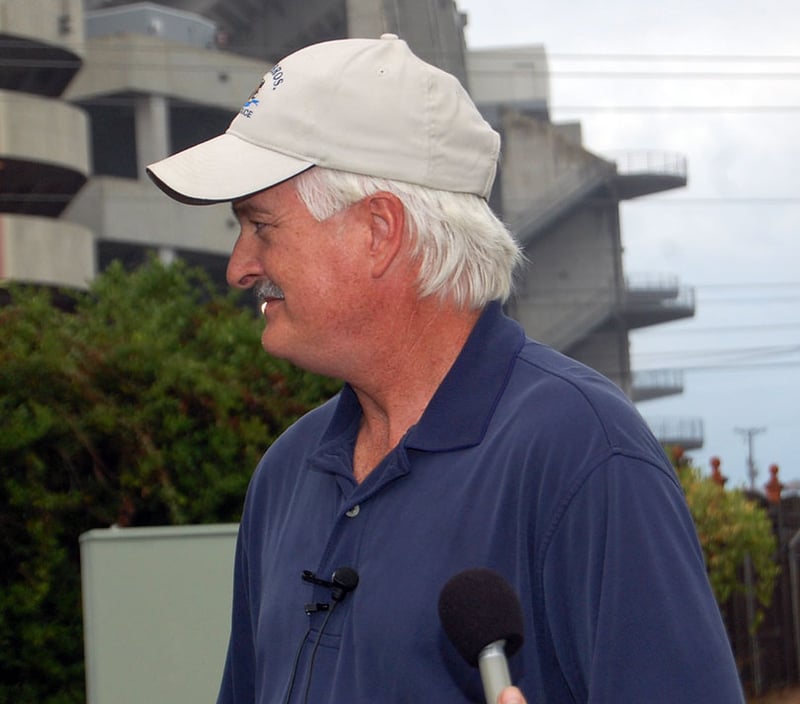 Gary Prince, former owner of the warehouse, came to the scene to see the building one last time.

Black smoke billowed near Williams-Brice Stadium on Monday afternoon as a warehouse burned at the old State Farmers Market.

A cause wasn't immediately known, but the University of South Carolina, which recently purchased the building from the State Agriculture Department; the Columbia Fire Department; and SLED would investigate, interim Fire Chief Aubrey Jenkins said.

About a dozen fire units arrived at 2:55 p.m. at the warehouse, which once housed produce distributor Senn Brothers. Jenkins said he didn't allow firefighters inside because the black smoke indicated some kind of petroleum product.

"We're going to get the fire out, but we aren't going to take the chance of getting anybody injured," Jenkins said.

The building was among the first scheduled to be demolished as a part of the plans to expand Williams-Brice parking.

Gary Prince, part owner of Senn Brothers, heard about the fire and came to see the old building one last time.

"This is the final goodbye," Prince said. "I guess this is a bit of a fitting end to the old market. Kinda puts a cap on it."

Prince and his co-workers moved out at the end of August to the new State Farmers Market along U.S. 321 near Interstate 26 in Lexington County.

Prince said he didn't know what could have started the fire, but he said the wood-framed warehouse, built in the 1950s, was filled with highly flammable polystyrene in the produce coolers.