Hootie and the Blowfish Statue Unveiled in Five Points - DatelineCarolina 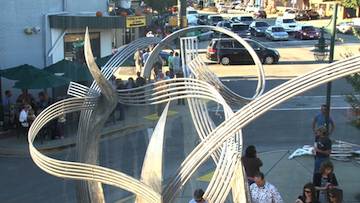 Hootie and the Blowfish Sculpture Unveiled in Five Points 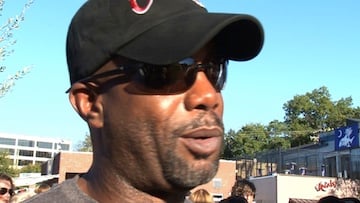 Darius Rucker, Hootie and the Blowfish singer and solo country music star says he's honored to have a sculpture recognizing the band.

A sculpture honoring Hootie and Blowfish is now on display in Five Points near the bars where the band got started. The band members say they never thought after 25 years they would be honored in the place where their music began.

Darius Rucker says he could remember being in the 80's just trudging along with everybody else in the Carolina Coliseum just trying to start a band, but he never thought it would really happen.

"We always said we wanted to be a band 25 years later but we didn't think they would be putting up a monument for us in Five Points," said Rucker.

The band is not only honored with a new sculpture, part of Santee Avenue is now "Hootie and the Blowfish Boulevard."

The band members say they are constantly reminded they are loved no matter where they go.

"We've worn the colors all over the world. We've never been anywhere without having somebody, whether you're in Germany, South Africa, or Southeast Asia, somebody's holding up a Gamecock flag," said Jim Sonefeld.

Scott Linaberry, Five Points Association says he's not sure if the band understands how proud people in Columbia really are.

"Not just for your musical talent and successes, but most of all, as the guys who never got too big to forget where you're from," said Linaberry during the press conference Thursday.

The band may sing that "Time is Wastin'," but with this new monument, their memory will live on forever.