US Student Loan Debt at a All-Time High 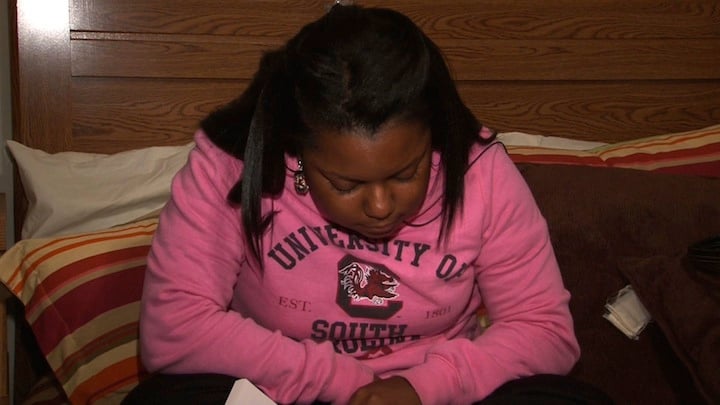 USC Senior Kayla Stewart is just one of the millions of students that have student loan debt.

Student loan debt surpassed total credit card debt in this country for the first time this summer in the U.S.

USC Senior Psychology major Kayla Stewart is one of the millions of students around the nation who don't know how they are going to pay back their student loans.

"I've been in school four years and debt was the last thing that crossed my mind when I decided to attend college" said Stewart. "So now that graduation is coming near, I'm still clueless as to how I'm going to pay all of this money back."

Director of Financial Aid Dr. Ed Miller says the average student loan debt is between $17,000 and $19,000. Miller says that more than half of all graduates leave school with debt because it has become part of the new norm.

"Students need to recognize, yes I've gone into debt and can't get a job right now. You'll get a job. It may take a little bit longer than it might have taken if we were in a healthy economy. But the most important thing is you are in debt and you have a responsibility to pay your loans," said Miller.

"Borrowing has become essential to getting a college degree", said Miller. Thirteen percent of the students who graduated from a four-year university in 1991 had student loan debt. In 2005 That jumped to 40 percent in 2005 and by 2009 it had jumped up to 67 percent.

Stewart said her family didn't have money set aside for her to attend college so student loans were a must.

"If me and my parents could have avoided taking out these loans for my education we would have" said Stewart. "I mean whose to say that I will have an awesome job to aid in the process of helping me pay back my loans someday."