Concern Grows as the Honeybee Population Continues to Drop - DatelineCarolina 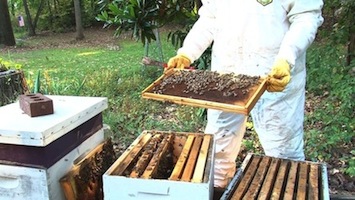 Concern Grows as the Honeybee Population Continues to Drop 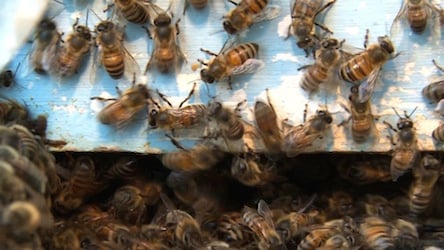 Beekeepers around the country are working to save their hives

Sally Adams has been a honeybee keeper for nine years and she now owns MamaBeehive Honey Farm in Clover, SC. Like many beekeepers around the country, Adams has been hit by the falling honeybee population. In the past two years she has lost 80 hives to what researchers call Colony Collapse Disorder, or CCD.

"Recently researchers discovered that in most of the colonies that have CCD there is a virus and a parasite," said Adams. "When both of those are found in a colony, that's when you are going to find collapse."

These new findings behind what causes CCD are an important part of understanding why the honeybee population has been declining. Dr. Mike Hood, a professor of entomology at Clemson University, says it is important to remember that CCD is not the only danger honeybee colonies face.

"There are pesticides, we have stress on our colonies due to commercial beekeepers constantly moving their colonies, and then we also have a nutrient deficiency problem," said Dr. Hood.

The honeybee's importance to not only the environment, but also to the agricultural economy in the nation has researchers diligently working to find a way to stop the decline. Each year the honeybee population produces $15 billion in added value to U.S. crops nationwide. Dr. Hood says that in South Carolina, $25 million in fruits and vegetables depend on honeybees to produce.

"One third of our diet is dependent on honeybees," said Dr. Hood. "If we continue to decline in our bee population we are simply not going to have enough food, or we're going to have much less food that's produced in the U.S."

Dr. Hood, Adams and other bee keepers believe maintaining a healthy bee population is critical for the honeybee's survival, and to ours.

"We have a great need for bees for pollination and honey production, but we're seeing a noticeable decrease and this decrease is not sustainable."