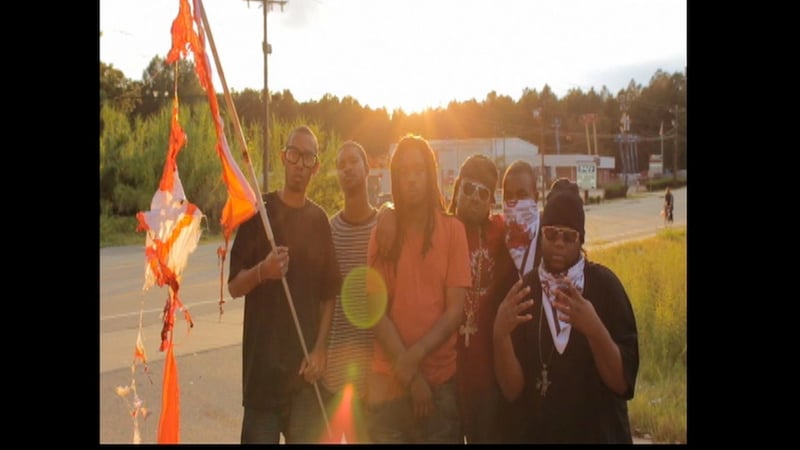 The students rapping in the music video.

A couple USC students who usually produce a comedy show called Schizophrenia, are now taking their talents outside of the studio and making a "Spurrier Rap" about Gamecock football.

"I just love it. And so does Fabio, the guy co-producing with me," says Joey Thompson the producer of the rap and the comedy show Schizophrenia that airs on USC's student SGTV channel.  "So we were like, 'Let's do something to give back to the school and get a bunch of local rap artists involved,"

He says the idea of having a pump-up song about Gamecock football has sparked excitement in the Columbia are.  He says several former football players have offered their services, but the group doesn't want to settle for the ordinary.

"So far, we've gotten George Rogers with his Heisman Trophy. We've gotten ex-USC QB Mike Hold. We've gotten Boom Box Guy. Our dreams are to get Pastides, Cocky, Ric Flair and why not Darius Rucker? He's going to be around, so we're going to try and get him," says Joey Thompson.

The group has already gotten special permission to shoot in a Bentley, on top of the Sheraton Hotel, and it bars in Five Points.  The group is really excited about the video and is working hard to finish it.

"Realistically, combined man hours…it's been over a thousand. And it's wearing down on me. I just want to get it out. I'm fired up," says Joey Thompson.  "I see these other universities have similar videos and the impact it has on their respective communities. And I'm ready to get ours out for USC because we're the prime time of football right now."

Thompson says they hope to have the video out by the Tennessee game on October 30th and hope it will be played on the jumbo-tron.