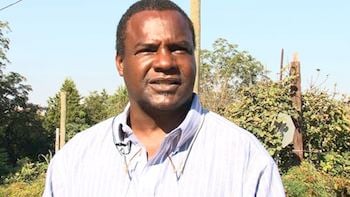 The Columbia neighbor who performed CPR on the victim who says the community needs to get involved.

The Columbia Police are looking for a 31 year old man who is a suspect in a shooting death near Five Points Monday night around 10 pm.

Police issued a search warrant for Spencer Lewis McDaniel of Columbia. They say his last known home address was in the 1700 block of South Beltline Boulevard.

McDaniel is wanted in the of shooting 26 year old Germaine Brown. Brown was found with multiple gunshot wounds in his upper torso on Walnut Street, this street runs parallel to Harden Street. He died later Monday night at Palmetto Health Richland, said Richland County Coroner Gary Watts. Police are unsure of the motive of the shooting, but they don't think it was random.

A Columbia man who lives in the area of the shooting delivered CPR to the victim as he took his final breaths.

"We need to be more involved actively in our community to save our community." said the man who didn't want to be identified. "I've got my grandchildren and everything else, and I want them to grow up safely here."

This death is the latest of four shootings in the Five Points area in the last month.

Anyone with information on McDaniel should call Crimestoppers at (888) 274-6372.