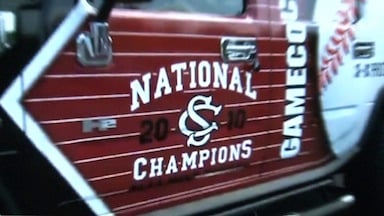 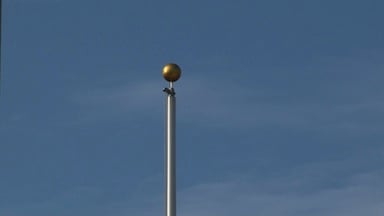 An empty flag pole stands at Carolina Stadium after someone stole the championship flag.

The South Carolina baseball team may be national champions, but looking around their Carolina Stadium you would not know it.

On Oct. 7 someone broke into the stadium and stole the Gamecocks' national championship flag that was flying from the stadium flagpole Oct. 7.

"When the coaching staff arrived at Carolina Stadium on Friday morning, they looked outside from their offices and realized that the flag wasn't there," said Andrew Kitick from USC media Relations. "So they started asking around, and realized someone had stolen the flag."

The coaches say they expected the flag to show up during ESPN's College Gameday broadcast.  But Gameday came and went with no sign of the flag.

"It's what we worked all year for," Merrifield said.  "To do something that special and have someone steal it.   There's other ways to go about getting a national championship flag."

A USC police report has been filed. Media Relations says a replacement flag can be ordered, but they'd still like to have the original returned.