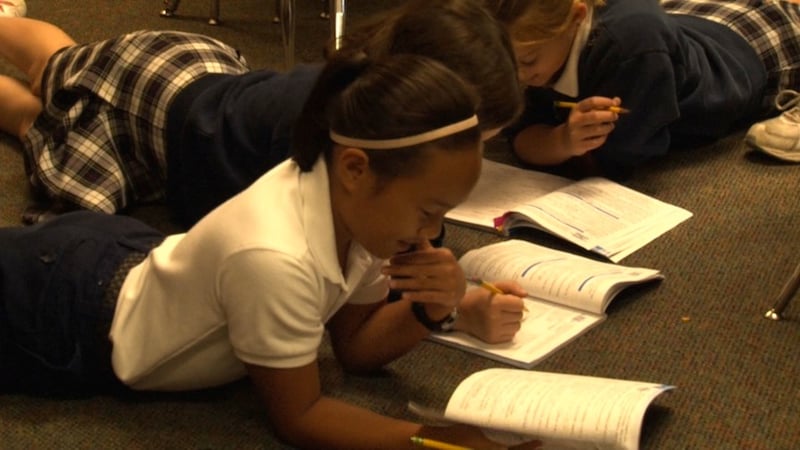 Crossroads Middle School is a public school that is offered for only sixth graders and teachers teach all the students core classes in a single gendered setting.

The teachers at Crossroads feel this environment for students helps them at a transitional age.

"They take on a confidence that they're smart, that they can hold their own; that their grades are comparable to the other people," said Penny Valick, single gender teacher.

"I think it builds their confidence tremendously, the girls are so comfortable asking different type questions or making different type comments and they will say to themselves I would have never said this if guys were around," said Brent Wall.

Teachers in Crossroads are in a transitional period but the teachers at Saint John Neumann don't feel the same way about single gender program.

"I just know boys and girls have different perspectives on things, and they can share those perspectives, whereas if they were separate they cannot. I think all of our kids need to be together, you know girl boy, I really do," said Connie Chambers, teacher at Saint John Newman.