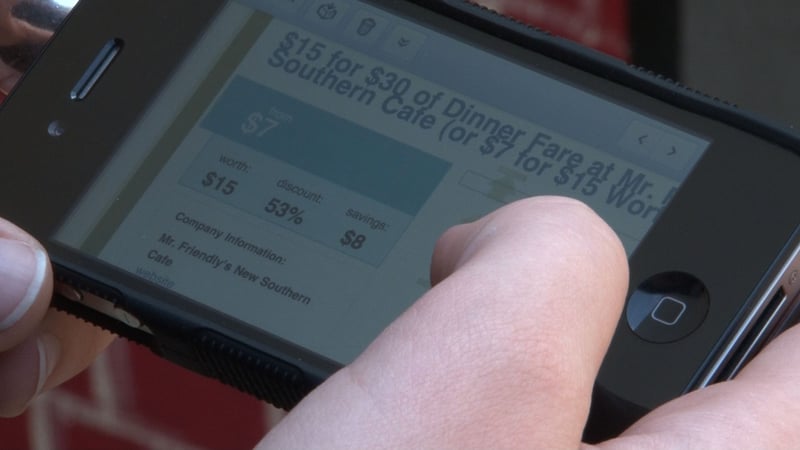 Groupon can even be used on cell phones

Columbia businesses like Mr. Friendly's Southern Cafe, have begun using Groupon, a new discount coupon program you subscribe to on-line.   Once you join on the Groupon web site, discounts and deals from participating businesses are E-mailed to you each day.

The web site lists a minimum number of people for a group each day.  If that amount of people sign up, then each member gets the group discount.

Mr. Friendly's Manager Michael Fomby says he hopes the Groupon will help spread the word to people who wouldn't normally come there.

"The exposure is going to get our names into people's heads and hopefully get them here and give them some great food and great service when they get here and hopefully they'll think about us next time," Fomby says.

College students may be the biggest Groupon users. USC student and Groupon member Catherine Metcalf is glad the Groupon is finally in Columbia.

"Hopefully my favorite restaurants that I can never afford to eat at will have awesome coupons and I can finally eat there," says Metcalf.

Mr. Friendly's sold out of Groupon discounts on their first day of the program Monday, with over 700 coupons claimed.

Groupon members can save anywhere from 50 to 90 percent with each deal.  Groupon features coupons for restaurants, entertainment, spa, and other deals.