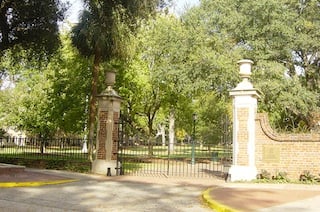 South Carolina's  Budget and Control Board voted unanimously Wednesday to ban construction paid for by public dollars at any four-year public university that has raised its tuition by seven percent or more this school year. USC-Columbia escaped the ban by one-tenth of a percent. Tuition went up by 6.9 percent this year.

The Citadel, College of Charleston, the Medical University of South Carolina, and Clemson raised  raised their tuition at least seven percent this fall and they are all now being ordered to put construction projects on hold.

Governor Mark Sanford has criticized public universities for raising tuition and for spending too much money on new buildings and facilities during tough economic times.  He proposed the construction moratorium and has also called for a cap on tuition hikes.

Two-year state schools face the ban if their tuition was increased by more than 6.3 percent this year.  USC-Lancaster was the only two-year school affected.