Bedbug treatment too expensive for some S.C. residents - DatelineCarolina

Bedbug treatment too expensive for some S.C. residents 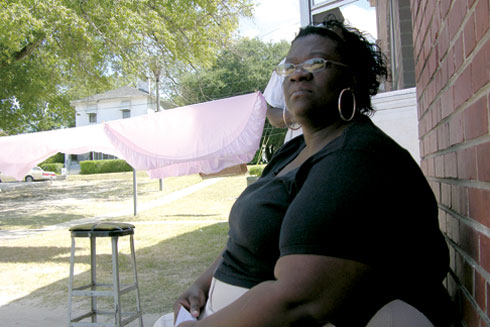 Suzette Weathers sits outside her Gonzales Gardens home off Forest Drive. She says she's heard of the country's bedbug problem and hopes she doesn't get them because she knows she can't afford the treatment, which can cost over $1,000 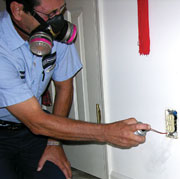 Jimmy Simms of Modern Exterminating treats an electrical socket for bedbugs, which can nest anywhere within 15 feet of their human host.

Bedbug treatment too expensive for some S.C. residents

Lillian Reitnauer isn't the same person she was a year ago. She doesn't go to friends' homes or let people ride in her car. Her cleaning business caters only to vacant properties.

She says she was quoted about $2,000 to treat her former three-bedroom rental house near Richland Northeast High School. She was shocked. "I ain't doing this; my house ain't even worth it," Reitnauer remembers thinking. "I thought, ‘I can move.'

But not until she had spent a year trying to get rid of the blood-sucking bugs herself.

Reitnauer says she didn't want to pay that much because she questioned the treatment's effectiveness and couldn't afford repeat treatments. But some South Carolinians – in a state where the Census Bureau says about one in seven residents is below the poverty line of $21,954 for a family of four – simply can't afford even the initial treatment at a time when health authorities and pest-control workers say the tiny bugs are staging a resurgence.

Columbia pest control companies quote from $250 to over $1,000 to get rid of these tick-sized bugs, and $250 generally buys only an initial inspection and light treatment for a small infestation.

Columbia doesn't govern how to get rid of bug-infested furniture, and it's not on City Council's agenda, says Carri Guinn, assistant to the city manager. So mattresses and furniture with bedbugs can be put out on the road like any other furniture for big-trash pickup – or for an unsuspecting neighbor to take instead.

The state Department of Health and Environmental Control also has no rules on handling infested furniture, spokesman Adam Myrick says. Julie Blaloc of DHEC's solid-waste office says there has been some talk about what to do but that it's a very new issue.

Bedbugs don't transmit diseases but are a "nuisance pest" that can keep you up at night as they bite, says Glen Matthews, the Columbia manager of Modern Exterminating.

The Centers for Disease Control and Prevention says experts suspect several reasons for the resurgence:

–The bugs have developed pesticide resistance.

–People are traveling more and don't know how to control bedbugs because they haven't had to for so long.

Suzette Weathers, who lives in the Gonzales Gardens public housing off Forest Drive, says she's heard of the bedbug problem and knows she wouldn't be able to afford the treatment. As a precaution, she removes all of her clothing before getting on her bed.

If someone in public housing gets bedbugs, the Columbia Housing Authority will treat the apartment, maintenance director Frank Kinney says.

But Reitnauer rented from a private landlord. "She said she only deals with what comes with the house, and that didn't come with it," Reitnauer says.

Matthews says only half the people who call his office seeking help agree to the treatment. Its complication makes it expensive, Matthews says, and some Columbia exterminators won't even do it.

Bedbugs nest anywhere within 15 feet of their human hosts, Matthews says, so every nook and cranny needs to be treated. Furniture needs to be taken apart, pictures need to be moved and plates have to come off the light switches and plugs.

"A lot of people think they have a home remedy where they do a dance and put some salt down, but bedbugs aren't like that," Matthews says. "They get worse and worse. One bedbug today can be hundreds tomorrow."

Reitnauer says she tried everything she could think of to get rid of the bedbugs, which she thinks came from a friend who stayed with her.

She kept her house cool, because she heard that might help. Several times, she put her furniture outside and sprayed it with pesticides several days in a row. Her dog died, and she thinks it had licked the chemicals from the floor and walls.

She finally gave up and moved to a new two-story house in the Jacob's Creek subdivision.

She had a yard sale and says she told the buyers she had bedbugs, but "most people are going to buy anyway." Anything left was thrown away or put in storage.

"I kept nothing. I had to start over from scratch," Reitnauer says. "New pictures, new furniture, new bed, new pillows – down to the toothbrush."

Reitnauer says she has been permanently altered by her bedbug war.

"Psychologically – mentally – it's a form of abuse because you're not comfortable," Reitnauer says. "You're always looking."