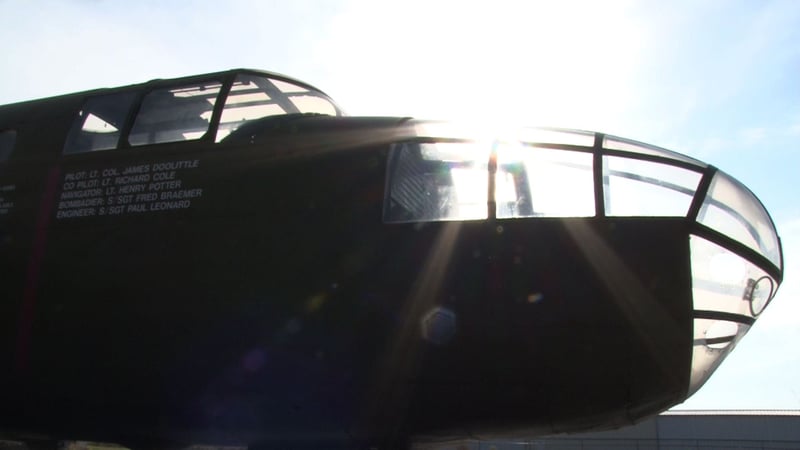 This B-25 bomber is looking for a new home.

A World War II era B-25 bomber has been sitting in an old hangar at Columbia's Owens Airfield for years.  Now the Celebrate Freedom Foundation, which owns the plane, is looking for a new owner for the place so this piece of history doesn't go to waste.

"It makes no sense to let it sit here and rot, so we're looking for anybody and everybody to come up and suggest as to what we can do with this aircraft and save it for education purposes," said Larry Russell, the director of the Celebrate Freedom Foundation.

The bomber was built in 1942 and was a training plane based at the old Columbia Airfield.  It spent forty years at the bottom of Lake Greenwood after it crashed during a training flight in 1944. The aircraft was recovered from the lake and was partially restored in 1983, painted in the colors of Doolittle's Raiders.  The famed group that used B-25's to bomb Japan in World War II did some of it's training in Columbia.

The city of Columbia gave it to the Celebrate Freedom Foundation in 2007. Russell say the plane still needs some work.

"The reason we want to try and pass it on is that it's deteriorating. It's made out of aluminum," Russell said. "It doesn't rust but aluminum corrodes and there's thousands of holes in the fuselage where it's just corroded to next to nothing."

Russell hopes its future owner will preserve the bomber for years to come. He has already received interest from aviation museums in California, Georgia, and North Carolina.