USC Cyclist Hit on the Corner of Blossom and Assembly Streets. - DatelineCarolina

USC Cyclist Hit on the Corner of Blossom and Assembly Streets. 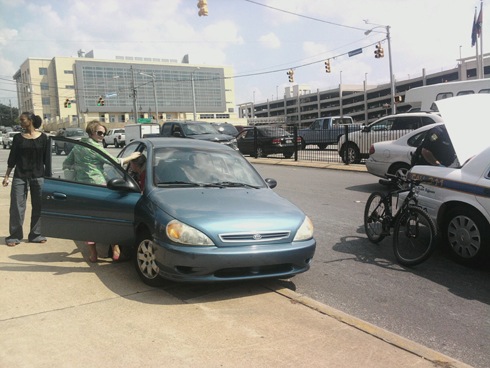 A bicyclist was hit at Assembly and Blossom in Columbia Thursday afternoon.

Another University of South Carolina student has been injured in a run-in with a car on the USC campus.  This latest accident occurred at the corner of Blossom and Assembly Streets.

This is the third cyclist in the past two weeks to be hit by a car on campus.  Police say the cyclist was crossing Assembly when a driver making a legal right turn hit him.

"He was just coming down and I don't think he was paying attention and he just got hit. The car was turning right and just smashed right into him," said USC Student Macaira Casper.

The witnesses say that the student was put in a neck brace and taken to the emergency room.

Columbia Police would not release the cyclist's name or condition claiming the investigation is still ongoing.