A Legal Way to get High - DatelineCarolina

Looking for a Legal Way to Get High 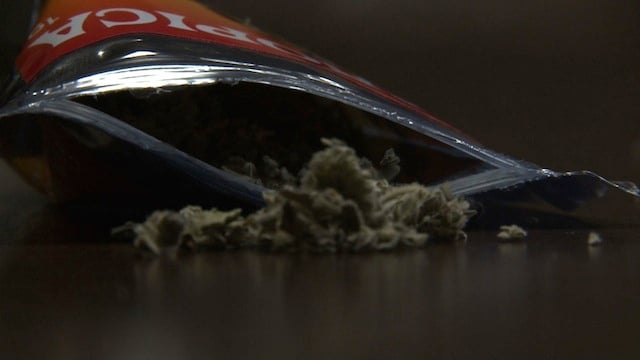 Legal herbal incense is being sold as "legal weed", a substitute for marijuana.

Marijuana may be a popular drug of choice, but it is illegal.  Getting caught may cost you a job, and that's worrying many students.

"If you're ting to get a job, um, I know a lot of my friends that wanted summer jobs; they quit smoking, and started smoking legal weed," says legal weed user Stephen Montgomery.

Some people are turning to a legal mix of herbs known as "legal weed" to get a high similar to pot.    Herbal incense, K2, and spice are some of the common names for the legal weed.

Some users, thought, don't like the way smoking it makes them feel.

"Well, I tried it a couple times and I didn't like it.  I mean you um, you definitely feel high, ya know, you feel like everything is really weird but um like your heart beats really fast, and um I know after a while I got a really bad headache," says Montgomery.

There have been reports of people getting sick and even dying from using legal weed.  Police and USC say they are not worried about the drug right now.

"Currently I don't know of any issues, being that it is legal," says USC's coordinator for Drug Prevention and Education Services.  "Students have access to it, I know there are several places in Columbia that are selling it."

Some stores in Columbia do sell herbal incense.  Loose Lucy's owner Don McCallister refuses to sell it, and says that it may or may not be dangerous.

"The inventor of this chemical compound who is from Clemson University has stated a few different times that there were never any human trials done on this substance before it sort of got out into the world and started being sold.  And so as a scientist he doesn't recommend that you consume this stuff," says McCallister.

It is still legal in South Carolina although many other states have outlawed it.