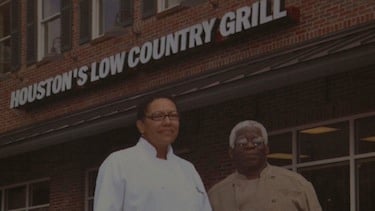 The City of Columbia has unveiled the addition to the North Main Street Beautification Project.

The new Houston's Low Country Grill is owned by Millie and Frank Houston. Frank Houston says the decision to open the business on North Main Street was easy.

"It was a passion and a vision with my wife and myself that we felt that it was something that was needed and something we had the desire to do," said Houston.

The restaurant will serve everything from barbeque sandwiches and salmon to baked chicken and biscuits. Customers tell us they believe the new restaurant will help make North Main Street more appealing to tourists and the city.

"There is a lot of speculation about North Main and it's a controversial neighborhood…but when you bring in a business that has such a high reputation and such high standards, you can't do anything but increase the revenue," said Matthias Copeland, who lives on North Main.