S.C. Unemployment on the Rise - DatelineCarolina 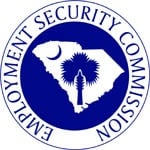 S.C. Department of Employment and Workforce is responsible for finding job seekers.

South Carolina's jobless rate rose at its fastest pace in 16 months in August as more people are hunting for work.

The South Carolina Department of Employment and Workforce reports the state's unemployment rate increased to 11 percent last month. That's up from a revised rate of 10.7 percent in July.

There were 236,600 people unemployed in South Carolina last month.

The U.S. jobless rate in August rose from 9.5 percent to 9.6 percent. The national labor force also grew in August by 550,000 as more people are being hired.