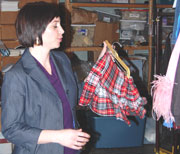 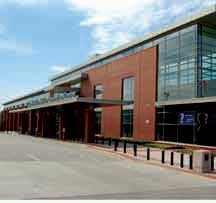 The Midlands Authority for Conventions, Sports and Tourism was cut $400,000 from the Columbia accommodations tax. When the organizations budget was $1.4 million it brought about $14 million to the area.

Joe Lytle and his family drive from Charlotte to Columbia about a dozen times a year to see his daughter at the University of South Carolina, but these days he's less likely to stay a night. Blame the recession, he said, and Columbia's 11 percent in added hotel taxes.

"I understand the need for hotel tax for the city, but it definitely pushes us back home sometimes," Lytle said.

But because Lytle and others are spending less time here, local nonprofit organizations – from the ballet to those marketing the area to tourists – are also finding they have less to spend.

Some, like the local convention authority and Lake Murray visitors bureau, get their money from the 2 percent accommodations tax tacked on to hotel rooms. In addition, there's the state sales tax of 5 percent, plus a local option tax of 1 percent and a city tourism development tax of 3 percent.

Columbia also adds $1.07 to each bill as a "destination marketing tax."

Other groups, like the Columbia City Ballet, get part of their support from the related hospitality tax, a 2 percent levy on prepared foods and beverages, which also is down as fewer people visit and those who do, like Lytle, don't stay as long.

The ballet uses its share for marketing around the state, development director Lauren Michalski said. The ballet, which received $150,000 two years ago, got $25,000 less last year, "and that did hurt us," Michalski said.

At the same time, ticket sales are down and the recession has meant fewer corporate donations, she said.

"In order to keep working like we have been, we need to keep our grant money from the hospitality tax at the same level to help compensate for other donations that we've lost," Michalski said.

Richland County had $4.7 million in hospitality tax revenue to spread around this year, down more than $420,000 from last year according to county grants manager Sara Salley. Columbia's hospitality revenue dispersed to community nonprofits dropped from almost $4.9 million to just over $4.4 million.

Tourism is a $1 billion industry that supports 12,000 jobs in the Midlands, said Kelly Barbrey, vice president of sales and marketing at the Midlands Authority for Conventions, Sports and Tourism, which gets the largest amount from Columbia's accommodations tax revenue.

In better days, she said, the authority was booking about 40,000 Midlands hotel rooms a year.

But convention bookings fell during the past year as the recession lingered, Barbrey said. The authority's share of Columbia's accommodations tax revenue was cut $400,000 last year to $1 million.

Three million visitors come to the Columbia area a year, but fewer, like Lytle, are spending the night, Barbrey said, even though Richland County halved its accommodations tax to 1 percent last year for unincorporated areas outside Columbia.

"We just weren't able to do the marketing that we would have liked to have done this year to market the region," spokeswoman Jayne Baker said.

"We don't have any idea what kind of money we are going to receive this year; hopefully we won't lose any money," Baker said.