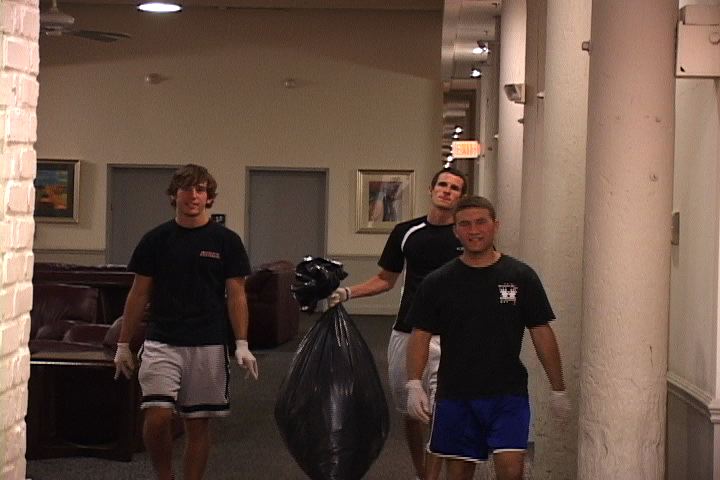 REason to Recycle collects bags of cans and bottles to sell, using the money to help the homeless.

The pair put bins out in college apartments and near bars in Five Points, collecting recyclable cans and bottles they could sell.

"Well, I've always felt that recycling was a really easy way to make money.  I mean, you're taking people trash and turning it into money, Holt said.

The two are part of the Midtown fellowship church whose primary goal is to help the homeless in Columbia.  They decided to support those efforts with their recycling, calling it "Reason to Recycle."

"It's a lot bigger problem than people think.  There's a lot of women and children who have no where to go, Holt said".

On Monday nights the boys check all of the Reason to Recycle bins in apartments like Olympia Mills, Granby Mills and in bars like Grandma's in Five Points.

When they accumulate a few garbage bags full they bring them to Bluff Road recycling.  Each pound of cans is worth about 55 cents and two full bags of cans is about $50.

Jon Ludovina, a pastor at Midtown Fellowship says the impressive part is that the boys decided to give all of their money to the homeless.

"The money they get from recycling the cans go straight toward feeding the homeless, and it also help them transition from having no job or responsibilities to a home and chores to do. It's a good think they're doing, said Ludovina."

Michael and Joel say they will continue to collect cans and bottles to try to make a difference in the live of those less fortunate.