The Lunatic Fringe of Running - DatelineCarolina

The Lunatic Fringe of Running 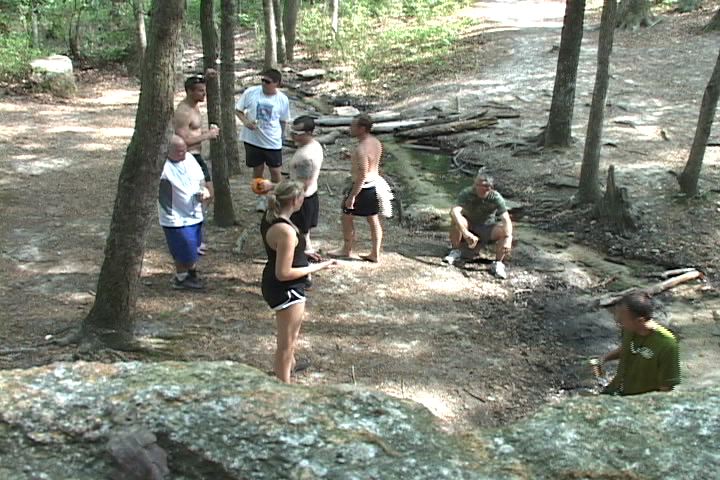 Hashers relax at a beer stop on the trail.

An Internet search for running clubs in Columbia will bring back hundreds of results. Buried in that list is a club you may not have heard of. They are the "Hash House Harriers," and they call themselves a "drinking club with a running problem."

The "hashers," as they call themselves, run anywhere from one to ten miles on hashes. On each run, or "hash", the route and beer stops laid out by a lead runner called a "hare."

"A hare is the person laying the trail. He or she makes the trail happen," said Kevin Eleazer, a longtime hasher. "They go out and put all the symbols out which you follow, and they put beer on the trail. Which is important."

Eleazer began hashing years ago and has hashed across the Southeast.

"You can travel hash. I've driven around and hashed in Florida, Georgia, and North Carolina. I went on one about a month ago and it was a mile," said Eleazer. "It took about thirty minutes if that, and there were two beer stops. I've also been on one that was 8 plus miles with 4 beer stops."

Hash runs vary in length, landscape, and symbols. These symbols may lead hashers along the correct, "true" trail, or a trail meant to mislead. While some hash runs meander along park trails, most involve cutting through buildings, running in alleys, and, usually, a stop at a bar.

"I ran on railroad tracks, and through people's yards, and I jumped fences. It was really great. It was really exciting," says hasher Ava Seidelson. "It was like playing outside with a group of people who like to run and who are into drinking. It's fun."

Hasher's are part of an international organization with chapters, called "kennels," in most major cities. There are several different kennels in Columbia with 20-50 people in each. Runners come from all walks of life.

"Our hash has mixtures of people who are MDs, to psychiatrists, psychologists, counselors," said Eleazer. "There's chemists, a lot of the people are pretty bright, smart people that need to vent, that need an outlet to be ridiculous."

The Hash House Harrier Clubs began over 60 years ago, in Kuala Lumpur (now Malaysia). It started as a way for British officers to relieve themselves of "weekend excesses." The hashes were modeled after traditional Paper Chase runs. Today, there are kennels on all seven continents.