Columbia Gets Its First Black Mayor 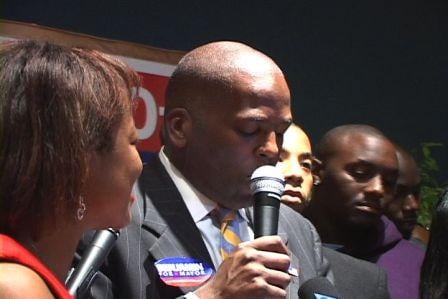 Tuesday night was historic for the city of Columbia as attorney Steve Benjamin was elected as the city's first black mayor.  Benjamin beat Columbia City Councilman Kirkman Finlay with 56 percent of the vote compared to Finlay's 44 percent.

A strong turnout in the area around Benedict College, including a huge turnout by Benedict students, sealed the victory.

The newly elected mayor celebrated his win at the Columbia Metropolitan Convention Center with his supporters.

"Excited about having a role in shaping the future of the city, and just trying to create a great city, a place where young people can leave campus and find a great job," said Benjamin.

His supporters were excited too.

Steve Benjamin will be sworn into office in June.