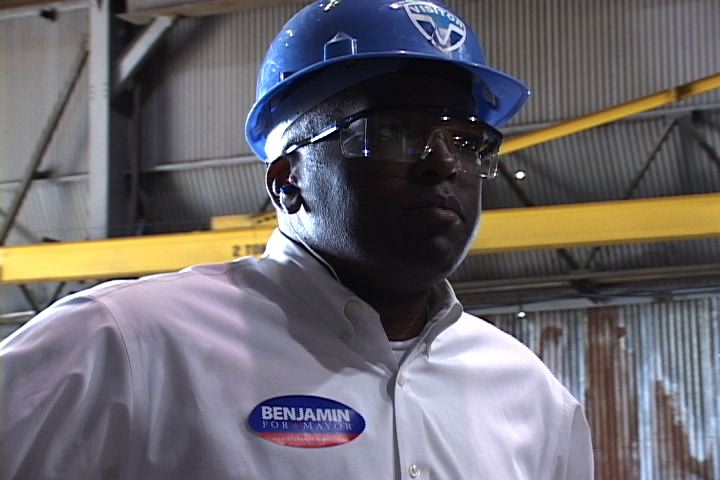 Benjamin decided to use the last full day of campaigning at Owen Steel in Columbia.

"Our campaign has been focused on the most important issues that people are focused on," Benjamin said.  "Helping created some jobs in this community and restoring some sort of financial accountability in city hall."

He's hoping his vision will convince voters to make him the next mayor of Columbia.

"If you feel like our vision of creating the most talented and educated and entrepreneurial city in America is also your visions, I would like to ask you for your support," Benjamin said.

He says he plans to spend Tuesday continuing to make visits and campaign as people begin to head to the polls.