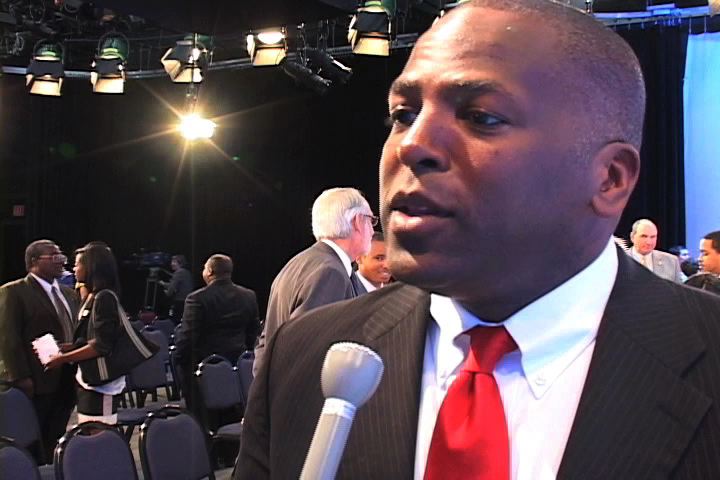 Columbia mayoral candidates Kirkman Finlay and Steve Benjamin will be put under the microscope by voters as the runoff election draws near.

Steve Benjamin's strategies are looking very much like another politician we have recently seen run for election.

Chair of the South Carolina Democratic Party Carol Fowler worked on the Obama campaign here in South Carolina and says that the two have a lot in common.

"Steve Benjamin and Barack Obama are both very smart, handsome, young, black and they both really work for the Democratic vote," says Fowler.

Both candidates also use many of the same campaign strategies such as with one of their slogans. President Obama used the words "Yes We Can" and Steve Benjamin uses the phrase "We Can Do It."

USC Political Science professor Mark Tompkins, who studies election and voting behavior among the masses, says these phrases communicate a positive feeling and the idea that it is possible to recover from the obstacles that face both politicians.

"It's an attempt to campaign in an optimistic light and it's a common strategy where in this case it should play out well because of all the challenges facing the city," says Tompkins.

Now on top of that, Fowler says they both also needed to develop a plan to combat fiscal hardship, unemployment and other ails our society faces.

Both candidates got their message out in a number of ways including reaching out to younger voters through new technology and media.

Both politicians web sites are covered in the staple democratic color blue and offer places to sign up to donate money, volunteer and view their plans for the future.

One last tactic that President Obama used when campaigning was the door-to-door approach, where he actually went out into neighborhoods and talked to American's about his plans.

"He had people who are voters knocking on peoples doors saying its time to vote, your vote matters, said Fowler."

Steve Benjamin did the same thing in the Shandon community where he needed to get the votes of people who supported his competition in the general election.

"Engaging with people face to face, shaking hands, talking to people on their lawns…people want to know that you are real and your issues are real, said Benjamin."

The most important strategy Tompkins says he has observed is that both politicians share the ability to appeal to everyone.

He says that Benjamin and the president both have the ability to appeal to their audience in a way that eliminates the issue of race.

And Benjamin is using these techniques to his advantage as he hopes to win the runoff election April 20.