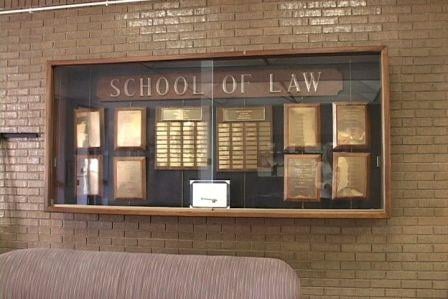 The University of South Carolina's Law School has dropped out of the US News and World Report's Top 100 Law School rankings for the first time in a decade.

Dean Walter Pratt says that he believes budget issues contributed to the drop.

Third year law student Josh Holford is very upset over the below 100 ranking.

"If it wasn't in the top 100 I wouldn't have even applied here," said Holford.

"That publication doesn't necessarily speak to all of the attributes of the university and the law school," said Johnson.

Dean Pratt says a blue ribbon committee has been put together that will work to get the law school back into the top 100.

"We're still in the same school we were three days ago.. we're producing terrific attorneys, we've got a greatly faculty… and the ranking isn't going to change that," says Pratt.