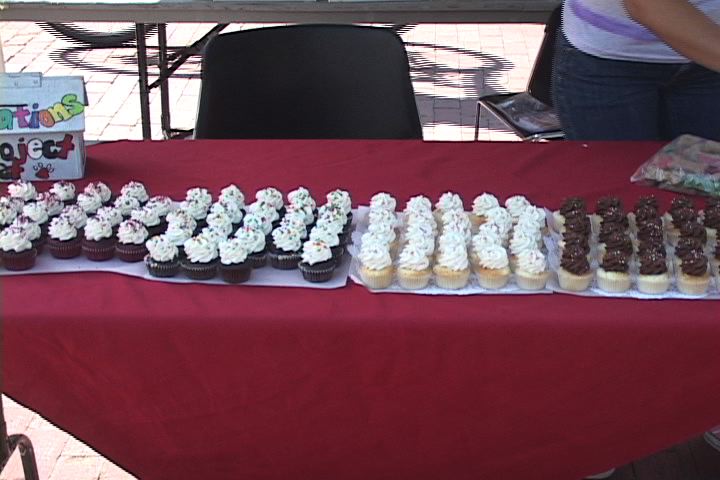 Students sold 500 cupcakes a dollar each to raise money for Project Pet.

Supporters of Project Pet sold gourmet cupcakes Thursday to support the no-kill shelter.  The treats were donated by the Cup Cake desert shop in the Vista.  In all advertising students from the School of Journalism and Mass Communication sold 500 cupcakes in the campaign.

"We're also trying to raise awareness for the number of animals that are euthanized in Columbia each day," Carr said.

The money from the event will help support animal shelters in Columbia.