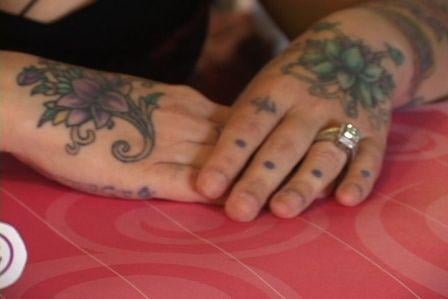 People who are 18 older are now allowed to get tattoos without parental consent in South Carolina.  This may be good for those teenagers who want to get tattoos, but one tattoo artist does not agree with the change.

Shavon's Purple Lotus Body Art Boutique has been doing tattoos in Columbia since 2004.  Shavon does not agree with lowering the age getting tattoos.

Others agree with the change, including Shavon's co-worker Richard Nelson.

"I feel like if you're 18 and able to serve the country then you should be able to get a tattoo," said Richard.

"We see a lot of people come in here that are younger and get stuff and we kind of try to persuade them to go in another direction because in five years because that's not gonna be what you're all about," he says.

Shavon says people need to look around before getting a tattoo.

Shavon says she knows that ultimately the decision is up to the customer.  She wants people to be sure that the art they choose to put on their body is something they won't regret.

"I really think people should consider what they are going to put on their body forever," she says.

South Carolina joins several other states including nearby Georgia and North Carolina that have already adopted the 18 without parental consent law.