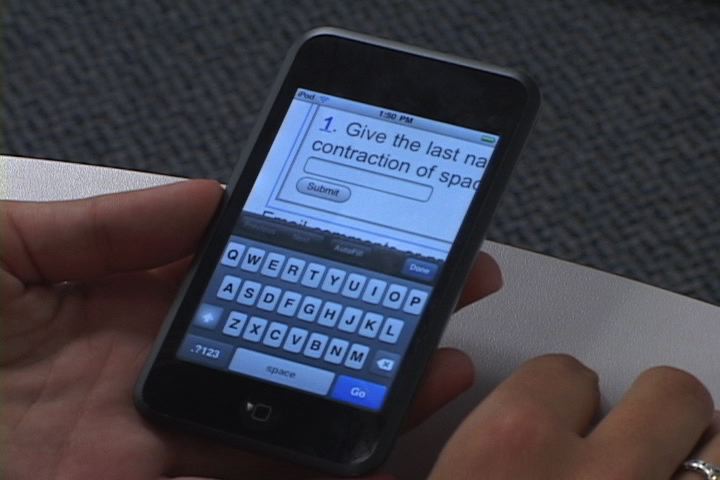 Students use their smart phones to answer questions in Q-rect.

Wireless smart phones are becoming the key learning tools for one class at USC.

Johnson says he can see who understands the material.

"I wanted to engage people," Johnson said.  "I didn't know what they were thinking.  They're sitting out there, I'm talking, they're looking at me.  And I don't know if they're comprehending or if they're bored."

Junior Anna Dilworth says she likes the program and the extra class involvement is showing in her grades.

"You're not just sitting there taking notes," Dilworth says.  "Everybody gets involved and everybody gets to work through the problems."

Johnson says although Q-rect is still new, he's received requests from other schools for the program.