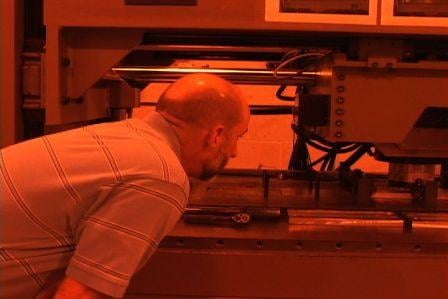 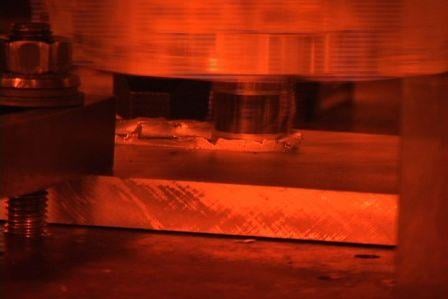 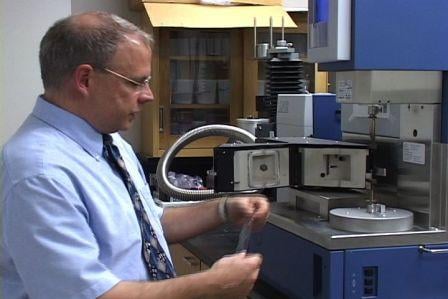 In the orange lighting of his lab, Tony Reynolds is keeping an eye on his students. The mechanical engineering professor at the University of South Carolina is studying an experimental form of welding that could soon change how military vehicles are built.

Called friction-stir welding, it eliminates the need for melting metal to create joints. It was invented by scientists at the United Kingdom's Welding Institute in 1992 and has since caught the eye of several high-profile groups, including NASA and the Office of Naval Research.

"If you were to take two pieces of very clean metal and just stick them together, and maybe rub them so there's no oxygen and no oxide on the surface of the metal, they will form a weld," Reynolds explains.

The team's work is financed by aircraft manufacturers and the federal government, both of which have continued to invest in the technology despite the recession.

Federal research funding grew at a rapid pace in the past fiscal year. USC's office of Sponsored Awards Management says the College of Engineering and Computing has received more than $19 million in federal research grants so far this year, up $6 million from the same point in 2009.

The rate easily eclipsed other schools at the university. Overall, USC lost $17 million (14%) in federal grants from 2009 to 2010. Among the four major research colleges (Arts & Sciences, Engineering and Computing, Medicine, Public Health), only Arts & Sciences saw increased funding, up about 1 percent over 2009.

School officials say the consistent growth was partly due to stimulus funds that focused on energy efficiency, an area where the College of Engineering & Computing has invested heavily.

"Ultimately, they're looking to solve problems," Kresovich explained, "It's sort of like, 'imagine it, then do it.' Engineering's responsible for doing it."

Even the college's interim dean is involved with federal Defense Department research. Harry Ploehn conducts research into nanocomposites, when he isn't handling the school's administration. Ploehn works to make capacitors smaller and better at conducting electric currents by using synthetic polymers created at the nano-level.

"Right now the amount of batteries that soldiers carry is 20 or 30 pounds," Ploehn said, "Just to reduce the weight and volume of the material that the individual soldiers have to carry on the battlefield would be a big advantage."

Ploehn says universities like South Carolina are an important part of technology research. He said students often can focus on projects that larger companies are unwilling to tackle.

"Companies are there, ultimately, to make money, and so their focus is shorter term," Ploehn said. "Universities, because of the way they're set up... it's much longer term. It's much more fundamental and there's not the time pressure to produce a result for the shareholder or for the venture capitalist."

Reynolds thinks the reason for the government's interest in universities may be even simpler than that.

"Compared to getting work done at, say, Boeing or Lockheed-Martin, we're cheap," Reynolds said. "Grad students come cheap and they don't have to pay for my time, either."

The growth in 2010 was exceptional, but Ploehn says he expects federal grants will decrease next year as stimulus funds expire. He was optimistic about the future, however, saying the Engineering School's recent work put it in excellent shape for future grants.

Back in the lab, Reynolds's team was testing how well an aluminum-lithium alloy would weld while under heavy force. Using equipment and monitoring computers that look as if they came off a Star Trek set, they hoped to find the limits for a type of weld that could eventually be used in aircraft construction.

They reached it. An excess amount of "flash" material along the edge of the finished metal alerted Reynolds of the problem. The forces involved in this particular experiment were too much for an effective weld. The team's next step will be re-examining the data to determine the exact impact of the force on the weld.

"If we don't bring in money, we can't do the research," he noted.

Such logic drives Reynolds, Ploehn, and other professors in the college. After all, millions of dollars and the lives of soldiers are at stake.