Making a Wish Come True..One Wing at a Time. - DatelineCarolina

Making a Wish Come True... One Wing at a Time. 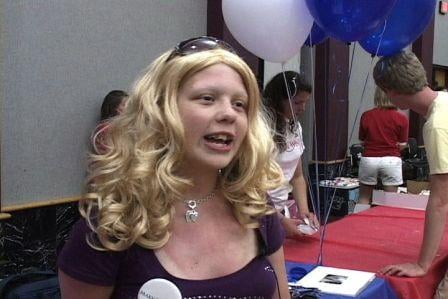 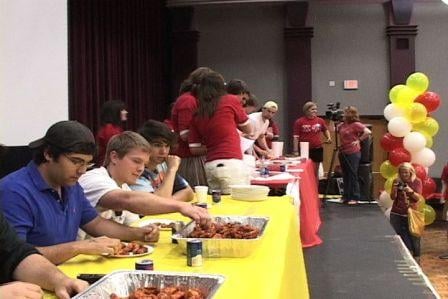 In the wing eating competition contestants had 30 seconds to eat as many wings as they could.

The University of South Carolina Chi Omega sorority's annual War of Wings fundraiser for the Make a Wish Foundation drew hundreds of people Wednesday evening for food, competition and a chance to win prizes.

The sorority picked 17 year old Megan Lynn Walker as the one to have her wish granted. Megan was diagnosed with Hodgkin's Lymphoma last June and Chi Omega was raising money to grant  her wish to go to Disney World.

"Megan would be going to Disney world June 1, because a year ago that day she was diagnosed and she want to make that a happy day instead of sad one, " said Chi Omega's Philanthropy Chair Allison Walker.

The highlight of the evening was a wing eating contest. Teams of five people had to see how many wings they could eat in 30 seconds.

Anyone can help make a child's wish come true. If you would like to help sponsor a child visit Make A Wish's web site at www.wish.org.