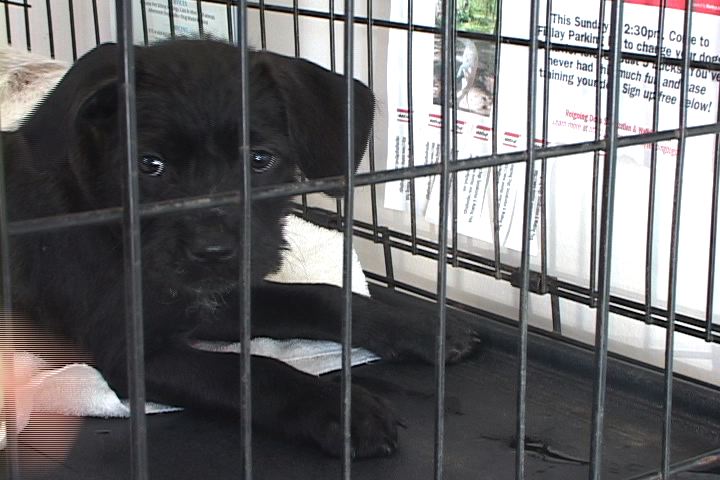 A dog that was rescued from death row by Project Pet

Columbia's "no kill" animal shelter Project Pet is trying to make a difference in the lives of all the pets on death row in Richland and Lexington County Shelters.  Project Pet rescues these pets and tries to find them good homes.

Suri is a ten week old mixed breed that is alive today because project pet rescued her from a Lexington County shelter. She was just days away from being euthanized, but Project Pet believed they could find her a good home.  She was picked up by her new owners Friday.

Jeannie Frasier Scott, a spokesperson for Project Pet, says the organization opened in 1999.  She says they have rescued more than 6,000 pets and found a loving home for all of them.

"We try to find very friendly, adoptable animals so we can bring them back here and get them adopted out," Scott said.

Scott says Project Pet helps new pet owners to get their animals spayed and neutered to cut down on the growing pet population in Richland and Lexington counties.

"Right now we are euthanizing close to 20,000 dogs and cats, just in our two counties were able to save around a 1,000 a year," Scott says.  "So if 23,000 walk through the doors and 20,000 are killed each year that's almost an 87% euthanasia rate and if people would just take the time and the money to get there pets spayed or neutered we wouldn't have this overpopulation and mass euthanasia each year."

Project Pet will continue to rescue all the animals they can.  They currently have over 80 dogs and cats that are looking for good homes.